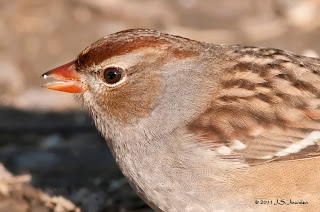 I spent a few minutes at the corner of Roberts Rd. and Rheaume Rd. looking for sparrows to photograph.  They did not disappoint!  A single White-crowned Sparrow first appeared and provided distant photos from inside the car.  This first-winter bird appears to be the eastern race of Zonotrichia leucophrys (note the dark spot in front of the eyes).  Z. gambelli would show no lore spot. A few moments later it was joined by several Song Sparrows, then a flock of American Tree Sparrows. 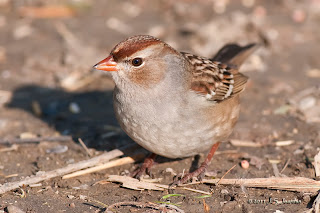 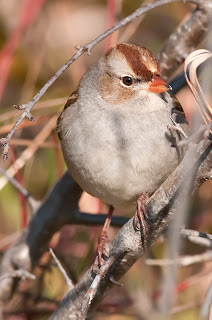 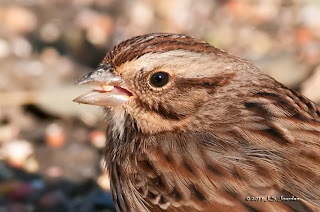 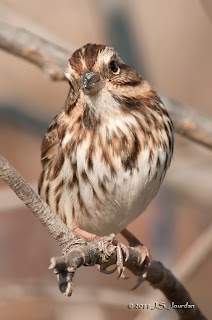 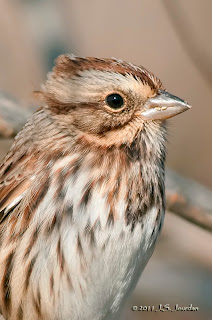 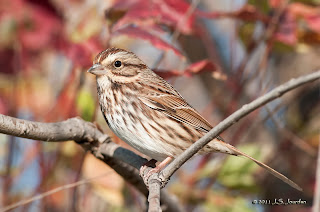 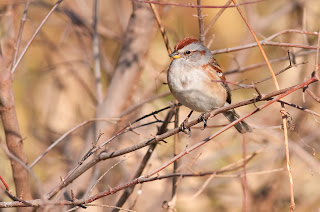 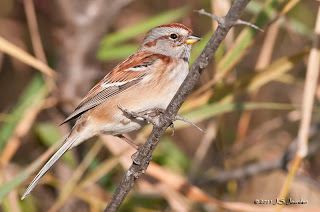 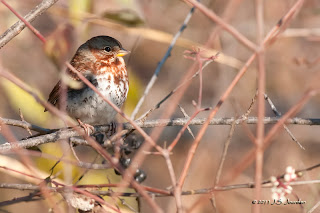 I was then pleasantly surprised to find a Fox Sparrow make an appearance. First, at a distance, then closer!  Then I noticed that the poor thing was missing its tail. 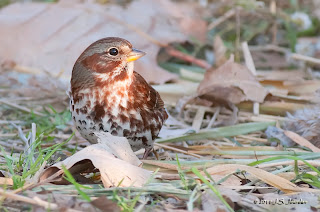 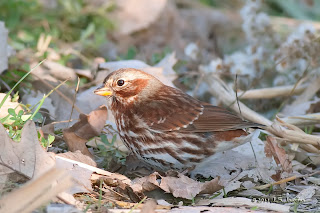 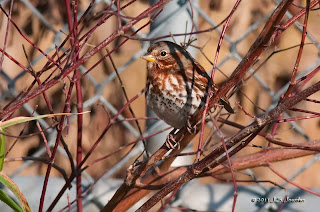 Everything scattered when a pair of juvenile Bald Eagles soared overhead.  I decided to head over to Lake Erie Metropark and the boat launch. 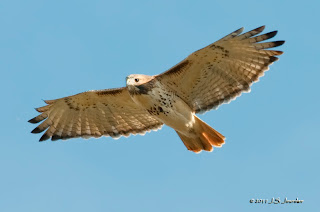 Along the way I was treated to a low-soaring Red-tailed Hawk.  I managed to get the camera out the window and grab some overhead shots before it disappeared behind the car.

I arrived at the Detroit River Hawk Watch just moments before the first of three Golden Eagles made an appearance.  Unfortunately they were way north of the boat launch, so we had to settle for nice scope views from a half-mile away.  Two juveniles and one sub-adult bird!  For the next hour or so we also had nice looks at several Red-tailed Hawks and Cooper's Hawks.  Jonathon Stein and Jeff Schultz were running the show today, and told me of 3 Cave Swallows that passed by first thing in the morning. 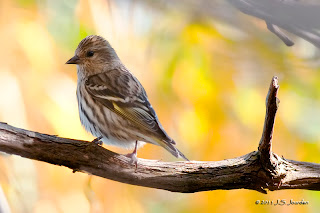 Before leaving I was able to photograph a couple Pine Siskins that were part of a dozen birds that flew into the trees lining the shoreline to the south.