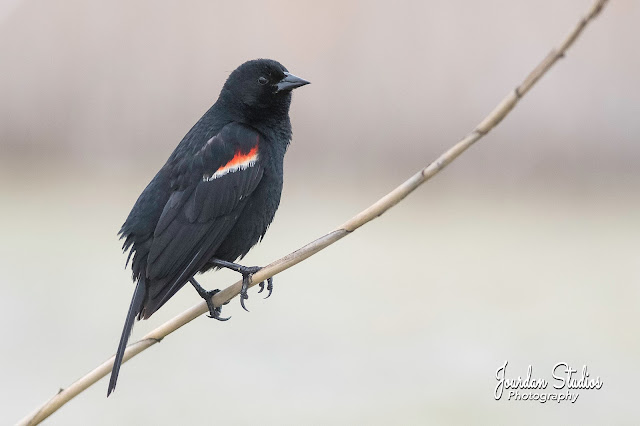 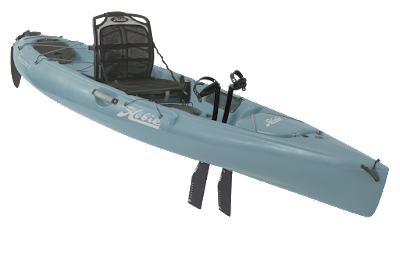 Last month Robin and I took possession of a new 2018 Hobie Mirage Revolution 11 Kayak from Summit Sports in Bloomfield Hills, MI. At 11'6" the 29" wide kayak is built for mobility and is considered a very stable kayak (a must for one carrying a $6K camera). I originally wanted the 34" wide, 12' Hobie Compass, but it did not come w/ the 180 degree Mirage Pedal Drive - the Compass is stable enough to stand in while fishing!

This morning I finally had the opportunity to take it out for a test run at Pt. Mouillee SGA. I put in at the Roberts Rd. parking lot and paddled / pedaled for about an hour and a half in the southern portion of the Humphries Unit. I'd been itching to get out earlier in the week, when there was no wind and waters were calm, but this morning's cold front brought cooler temperatures and stronger winds. I decided to give it go, anyway. 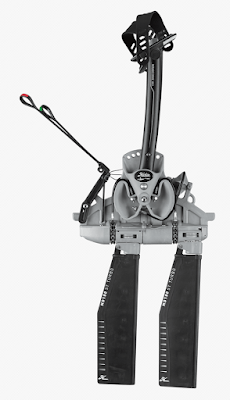 The pedal drive worked well, even in the grassy areas of the marsh. I would have to pull the drive, however, when I encountered large algae masses that were floating on the surface. The kayak moved smoothly and cleanly through the thicker grasses and cattails, so I was very happy with how it handled.

I did have to pull the rudder a couple of times and re-employ it when I found myself suddenly pedaling in circles even though I was trying to steer the rudder. I don't know if this is an issue with the rudder or if it might have gotten hung up in weeds, but I my add the larger rudder fin to see if it improves tracking.  All in all, though, I was extremely happy with the stability of the kayak and how it handled in the weedy portions of the marsh. The pedal drive worked great in open water, and is quite comfortable to operate (hint: it works much better w/ the comfort seat up 2-3 notches).

So, how was the birding? 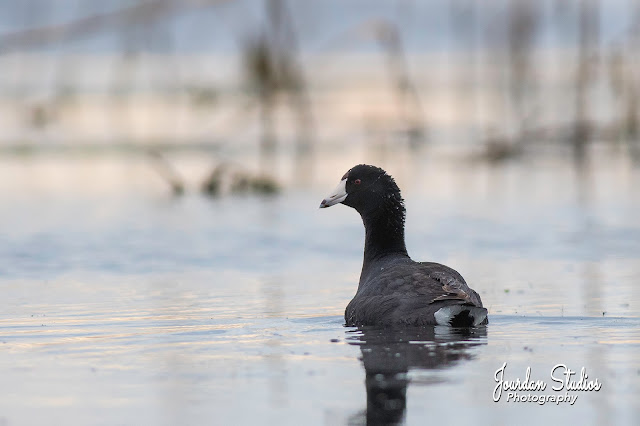 This American Coot was quietly foraging on emergents and completely ignored me while I drifted toward it. I could've gotten better images, but I was too busy trying to fumble with my dry bag, remove the camera, stash the bag, and get back into the seat (I have to scoot forward out of the seat with my feet in the water in order to reach the front hatch of the kayak).

Red-winged Blackbirds were actively nesting in the cattails, and females were either on the nest, or foraging on the algae mats. I had a pair just 2 feet away ignoring my presence, but I was too busy untangling algae from the pedal drive. I was also just enough in the cattails to be prevented from getting clean shots.

American Coots were also on the nest, but they were deeper into the cattails and had no clear views. 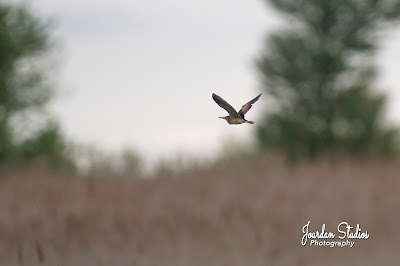 This Least Bittern flew across my bow and I managed to get a few keeper flight shots. I would hear two more birds calling their soft "coo-coo-coo" in the cattails along the shoreline. Nearby, an American Bittern was calling a slightly louder "Oonk-a-Choonk" somewhere in the vegetation. I would see neither.

I was hoping to see some Yellow-headed Blackbirds, which have been seen numerous times during the spring. But, I would not hear any or see any this morning. The open water was now chopping, so I was forced to turn back and head to shore. 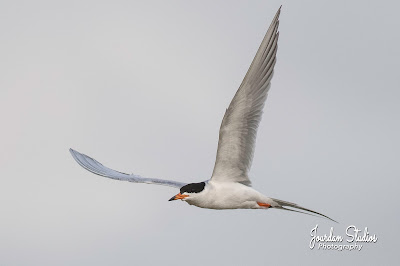 On the way, I managed to run into a pair of Forster's Terns that were flying low and diving (mostly behind me). 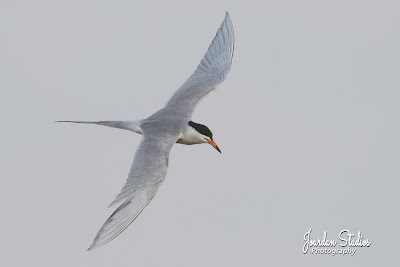 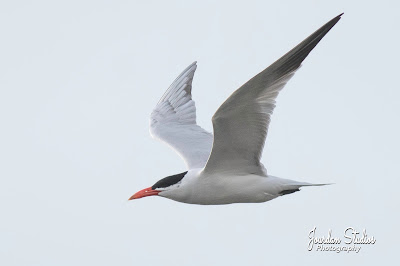 A Caspian Tern made a fly-by. 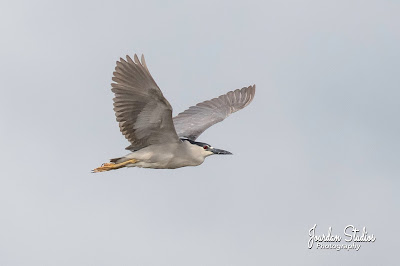 So did a Black-crowned Night Heron. It circled me a couple of times before continuing on. 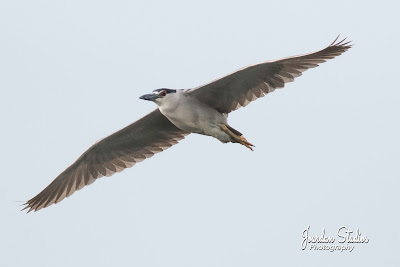 By then, I was back at the boat launch and ready to head home.  In 1'48" I covered 1.78 mi, which turned out to only be about a ¼ of the western shoreline of the Humphries Unit. No wonder I didn't see any Yellow-headed Blackbirds or nesting Forster's Terns - I had barely scratched the surface of the place... I'm gonna have to spend a lot more time out there. Still, I had a blast - can't wait to get back out there. 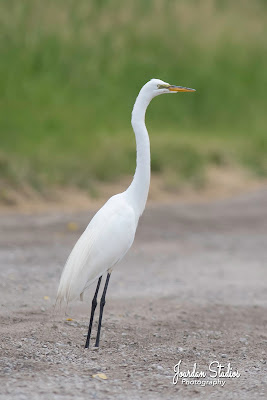 This Great Egret was quietly sitting in the middle of Roberts Road as I was leaving.