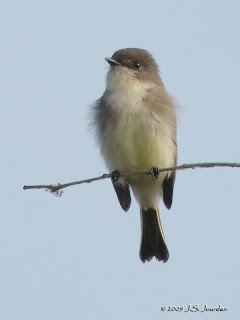 On Saturday the 26th I spotted an Emidonax sp. flycatcher perched on the telephone wire just outside the back window. I grabbed the camera to photograph it, but it flew off as soon as I approached the window. I'm guessing it was a Willow Flycatcher as it had a faint eyering and buffy brown wingbars. 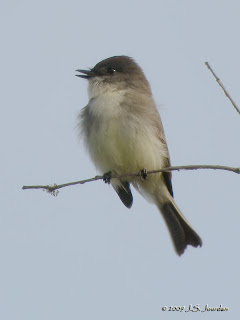 Sunday morning Robin and I took a walk through the woods at Lake Erie Metropark. Luc, the Bald Eagle convalescing in his Eagle House, was a bit agitated by my presence, so I didn't stay long. Things were relatively quiet in the woods, but I did come across small flocks of warblers in two locations. I was able to spot a nice Blue-headed Vireo, Magnolia Warbler, Palm, Yellow and Yellow-rumped Warblers, and a Common Yellowthroat. Eastern Phoebes were abundant this morning, as I counted six separate birds along the trail. I managed a few digiscoped images from about 100 ft of a singing bird. Blue Jays were moving through by the dozens, as well. At the long boardwalk I spotted a gorgeous adult Bald Eagle perched atop a dead tree, but it flew before I could get the scope on it. A few Sharp-shinned Hawks passed high overhead.
A quick pass down Campau Rd at Pt. Mouillee yielded no birds, except for an Osprey that was calling from somewhere in the distance. 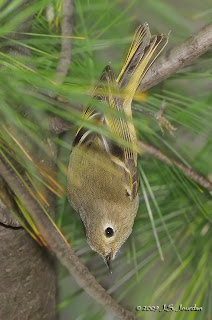 Later in the afternoon I heard the 'tseet' of a Ruby-crowned Kinglet in the backyard. I grabbed the camera and Better Beamer and managed a half-dozen keeper photos of the bird as it fed in the neighbor's White Pine Tree. 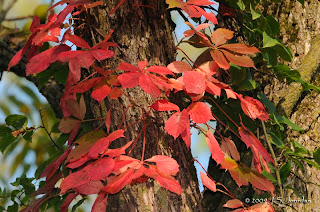 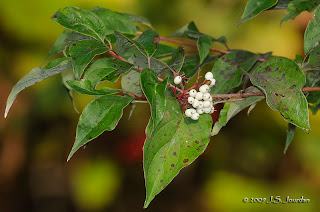