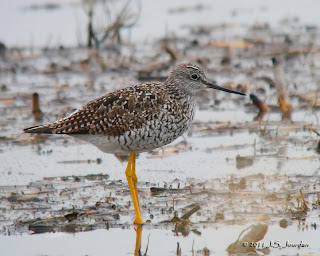 The recent buzz surrounding the White Wagtail in Michigan has overshadowed some otherwise memorable sightings for this birder. 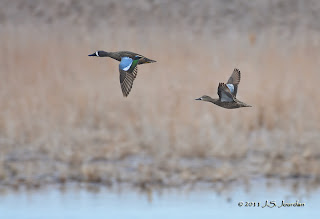 During my run out to Pt. Mouillee on Saturday afternoon to look for the wagtail, I did manage to capture a fly-by pair of Blue-winged Teal, my first for the year.

The group of birders at the south end of the Vermet Unit seemed uninterested in the Greater Yellowlegs resting just a few feet from the road. I couldn't resist the chance to digiscope it before continuing on to Cell 3. 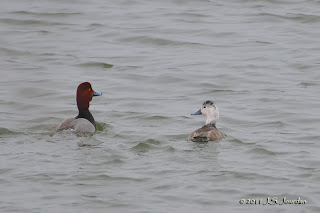 While heading to the east side of Cell 3 to look for the wagtail a pair of Redhead flew in to the south end of Cell 4. The female (?) was leucistic and showed a very white head! 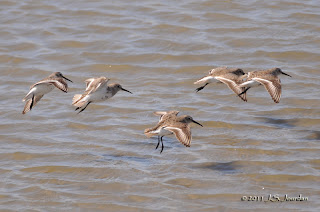 Bright sunshine Tuesday afternoon prompted another run out to Pt. Mouillee to look for the wagtail. Winds were blowing, and the bike ride along the Middle Causeway was a challenge.  I ran into Cathy Carroll near the east shore of Cell 3 and we walked together to look for the bird.  A small flock of Dunlin foraging along the shoreline provided a brief distraction. 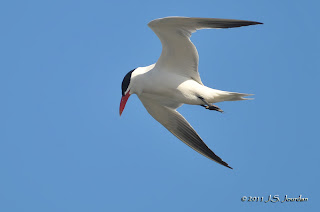 We would later refind the White Wagtail in the northeast corner of Cell 3 (thanks to Alan Ryff), but saw it only briefly before it flew back south.  I had to go, but managed to capture a Caspian Tern soaring against the strong winds. 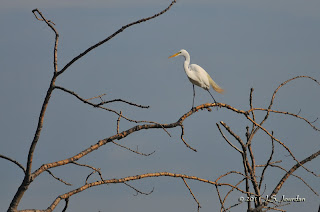 As I reached the pump house near the Lautenschager Unit a Great Egret was perched high in a tree overlooking Mouillee Creek.