This would be our last full day of touring in Ireland, so we were all looking forward to our visits to Tullamore and an overnite stay in Cabra.

After breakfast I headed down to the street to get in some early morning birding before our bus would leave at 8:30.  Walking the river in front of the Strand Hotel yielded a Chaffinch, and a pair of Blue Tits singing overhead.  Behind me and up on the peak of a nearby apartment roof was a White Wagtail. A second wagtail (female type) was nearby, but largely invisible against the dull gray tiles. 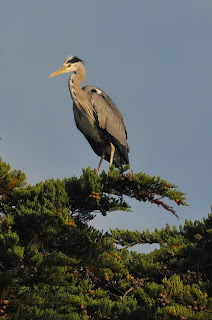 The Grey Heron that I'd seen a day earlier was now flying overhead and would perch atop some evergreens in the next block.  I was able to get a few pics while it was being harrased by an angry Rook. 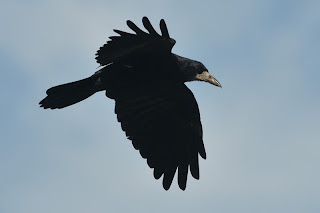 As I walked back to the bus the Rook took flight and passed overhead, allowing me to grab a flight pic or two.  Overhead and atop the hotel a Magpie was momentarily perched.  It flew as I grabbed a few pics from street level. 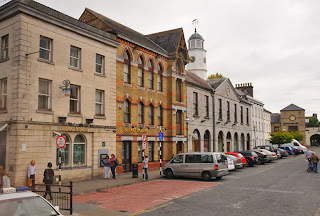 We left Limerick and headed toward Tullamore and a date w/ the Tullamore Dew Whiskey Factory.  Along the way Rebecca entertained us with limericks provided by the group.  I  had none clean enough to share... 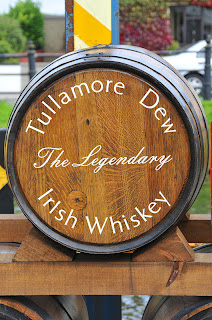 We arrived at the Tullamore Dew Heritage Center, which is no longer an active factory but a museum with tasting center and deli.  After a 15 minute history of the business, we toured the several floors of the old factory, taking photos of the famous relics of the early business,  learned the difference between Irish (not) and Scotch (smoked barley) Whiskey, and got to enjoy a fresh glass of 'Dew'! 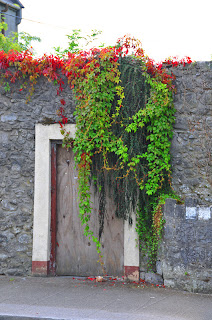 Robin and I had lunch in the deli, then took a walk around town.  We managed to get back to the bus just moments before the clouds opened up. 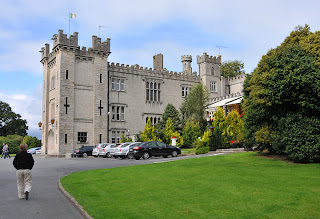 Our last stop of the tour was the Cabra Castle.  Oscar, the resident Irish Wolfhound, greeted us with mild interest.  Robin took to him immediately, and wanted to take him home :). 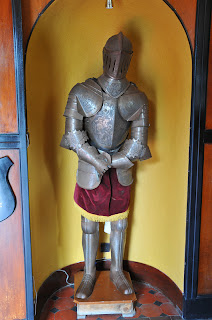 Robin and I checked into our rooms, then went inside the main portion of the castle to enjoy an afternoon Guinness.  We then walked around outside and took some pics of the building and surrounding gardens.  I took some panos. 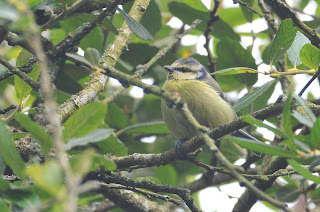 Needing to get some birding in, I took a walk ou across the golf course and found a service trail that took me into the woods.  While dodging raindrops I listened intently for birds, but saw and heard none.  So I spent some time photographing the late summer flowers. 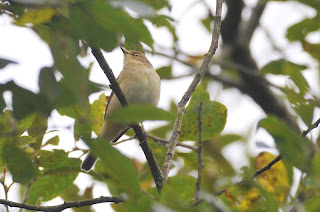 As I made my way back to the castle, I came across a small flock of birds that included Coal Tit, Blue Tit, Long-tailed Tit, and Willow Warbler (left).  The dark skies and deep shade of the woods made me regret not having the flash and Better Beamer.  I managed only a couple of keepers before the flock moved on.  Still, it was neat to see the Long-tailed Tits up close. 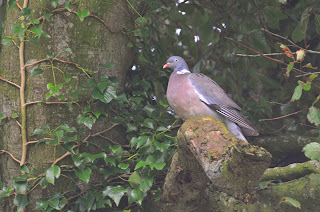 Arriving at the castle I found a roosting WoodPigeon, and a few more Blue Tits singing in the trees.  Rooks and Jackdaws were common, as were Magpies and Hooded Crows, but they were farther out on the golf course.  An obliging White Wagtail allowed enough pics to make this composite.

We enjoyed a nice sit-down dinner in the main dining room of the castle with the rest of our traveling group.  It was here we learned of the famous 'haunting' of the castle by a young woman named 'Sarah'.  Robin and I were staying in Sarah's House.  Interestingly, while having an afternoon drink several folks noticed the suddenly dimming lights and shaking of the chandelier in the living room... 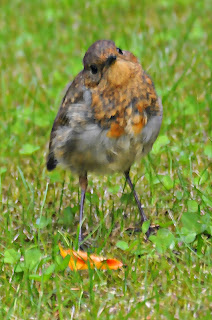 After a good night's sleep, we reluctantly boarded the bus for our return trip to the airport at 8:30 am.  I made sure to get outside beforehand to get some final birding in.  A Wren was singing outside of our window - singing very similarly to our Winter Wren.  I managed to wander into the garden and found a Robin that was obliging for photos.  I managed one or two keeper images out of about 200 blurry ones (I so need to check my ISO settings...). 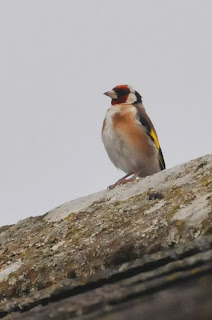 Another pair of White Wagtails on the roof were worth chasing, and it was nice to see my first European Goldfinch on the roof top.  A pheasant was seen by Rebecca, but I could not relocate.  A pair of fly-by Skylarks were a nice final sighting!  We said our goodbyes to Oscar, and headed to the airport in Dublin.

The flight home from Dublin was great, and we arrived in Chicago shortly after 3pm.  Our flight to Detroit would not happen until 10pm, so we opted to rent a car and drive home.  Great call, as we were able to finally reach home just before 10pm. 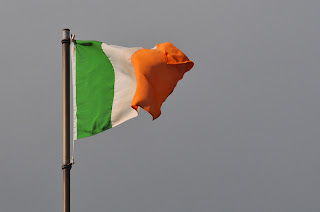 It was a wonderful trip, but we were happy to be home.  Buffy and Asia were also happy - they actually came out of hiding at Grandma's house and greeted us when we arrived to pick them up.  Asia (the precocious one) had spent the entire 10 days hiding under the basement steps, while normally-shy Buffy spent the entire time w/ Grandma.

Additional images can be seen here: