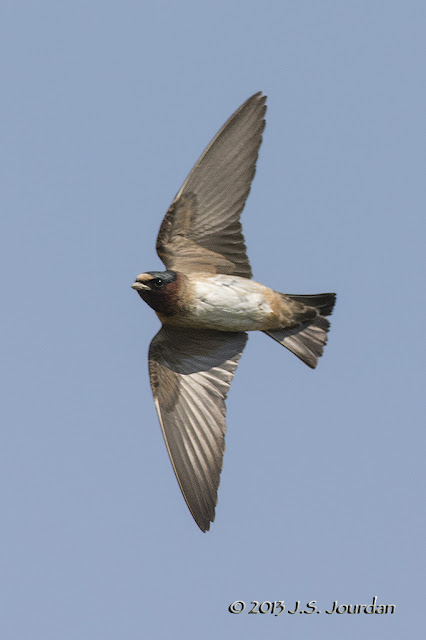 Patrick Jakel and I birded Pt. Mouillee SGA this morning.  We met up at Riverside Park, located along US Turnpike S. at the mouth of the Huron River, then drove over to Mouillee Creek parking lot together. 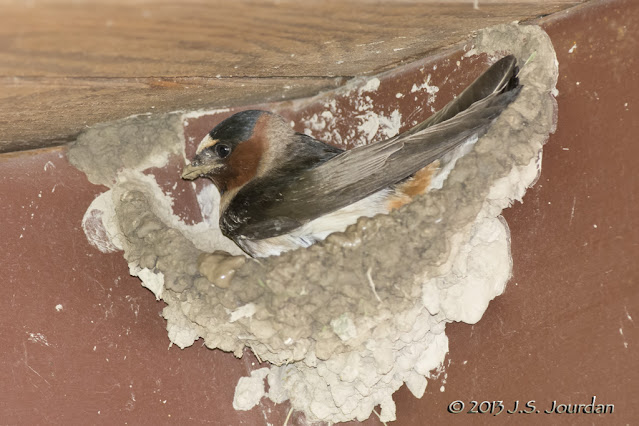 As we loaded the car up Pat mentioned that Cliff Swallows were nesting under the shelter, so I walked over and got a quick photo before we took off.  It was still only 6:30 am so a flash was needed to properly expose the swallow as it (and its mate) took turns building the mud shelf. 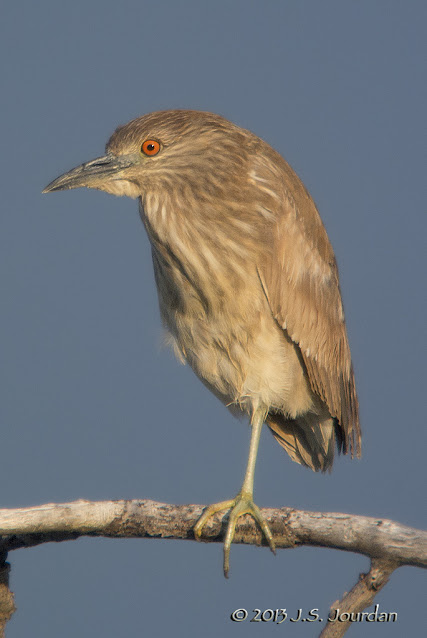 We didn't linger, but instead took off for Mouillee Creek.  We biked out to the pump house where a single Black-crowned Night Heron (juvenile) could be seen perched in the dead snag overlooking the American Lotus beds in Mouillee Creek.  I was able to get a few digiscoped images from 200' away before the bird flew off. 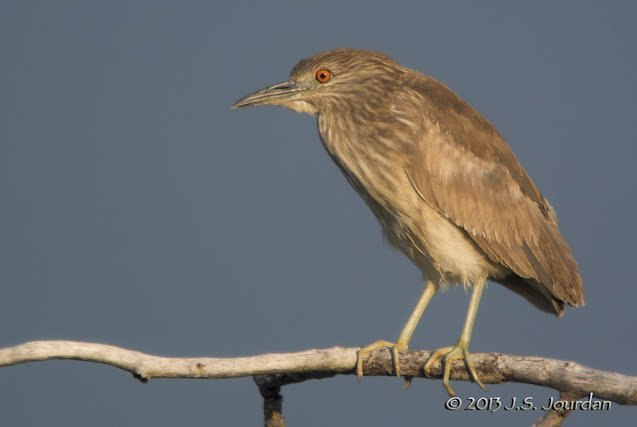 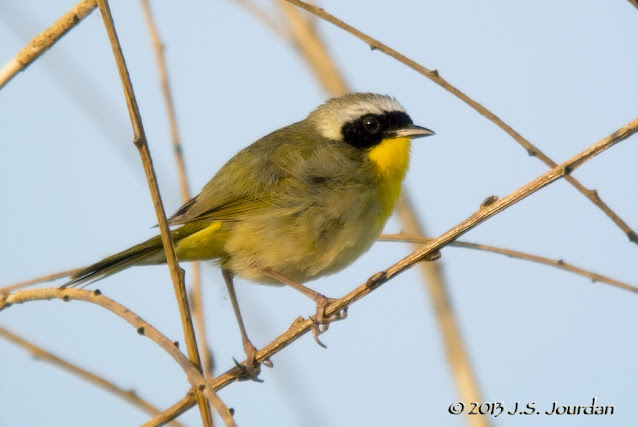 Nearby a male Common Yellowthroat was singing from a tree branch, and a female Yellow Warbler was preening.  I managed a couple of digiscoped images of each. 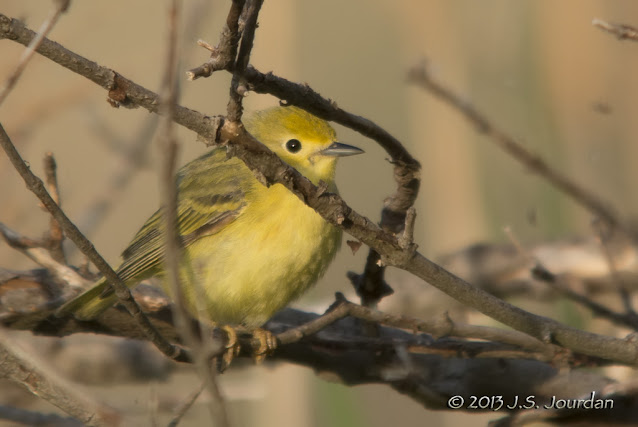 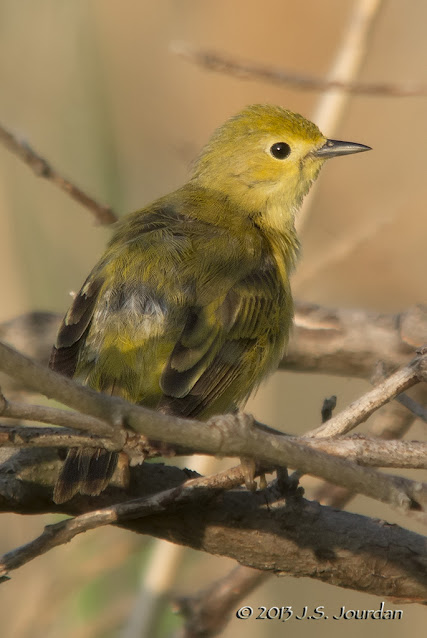 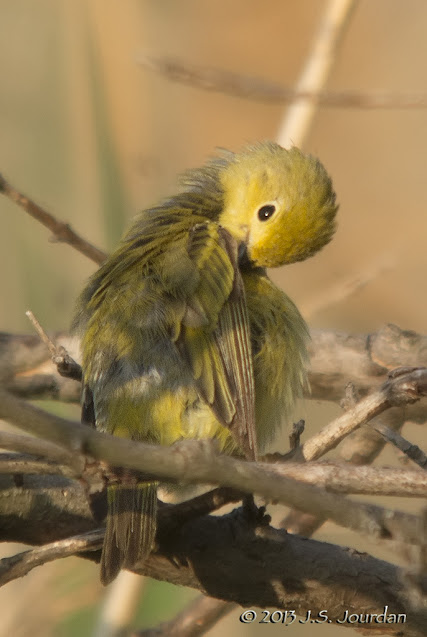 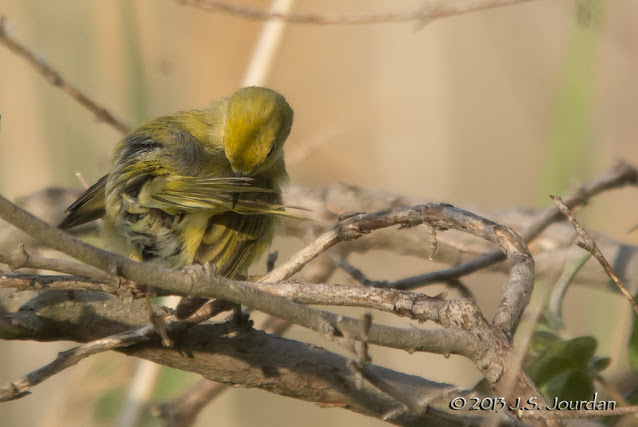 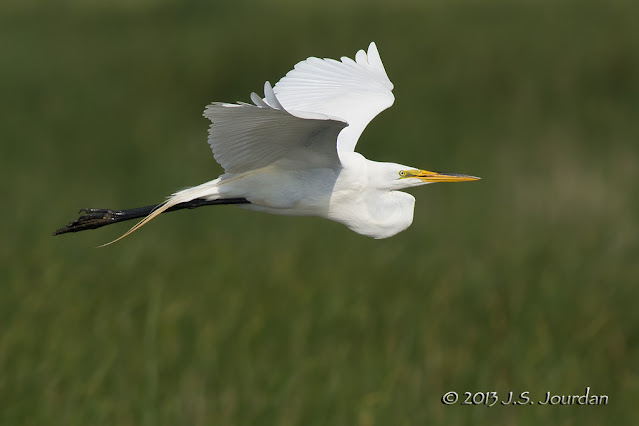 Other than that things were a bit slow.  The sky was mostly cloudy, so lighting was not very good for photography.  We did scope 4 White-rumped Sanpipers in Cell 3 along with a couple of Semipalmated Sandpipers and a half-dozen Dunlin.  They were too far out in the cell to digiscope, and neither of us had the energy to hike through the muddy marsh to get to them. A flyby Great Egret gave us the only flight opportunities of the morning.

A ride north along the Banana Unit gave us some nice looks at a sleeping Common Gallinule on a possible nest and a few Great Egrets in the Vermet Unit, but a ride out to Cell 5 yielded no shorebirds. 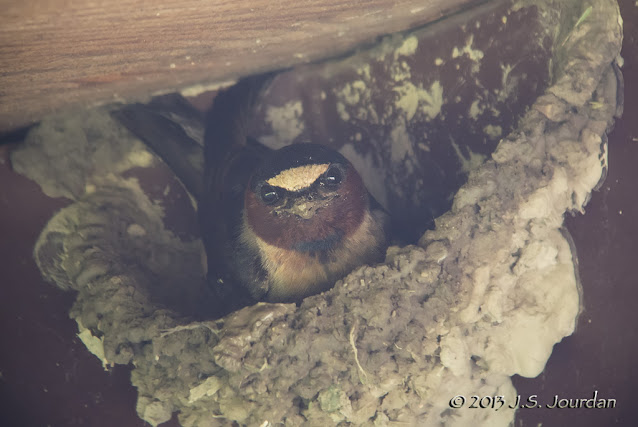 We rode back to the car and took a quick drive down Hagerman Rd, finding only Savannah Sparrows and a Horned Lark.  We then headed back to Riverside Park where we spent some time photographing the Cliff Swallows as they flew out and back w/ mud for their nests.  We found 5 active nests and a possible 6th under the shelter.

Here is a short video of the swallows building their nest. 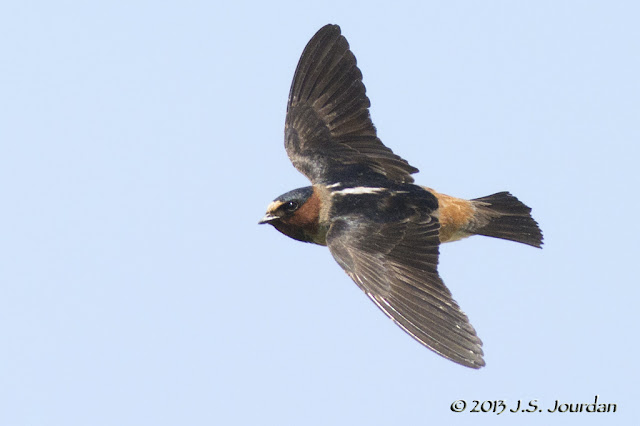 I then spent a few minutes trying to capture some flight shots (not easy). 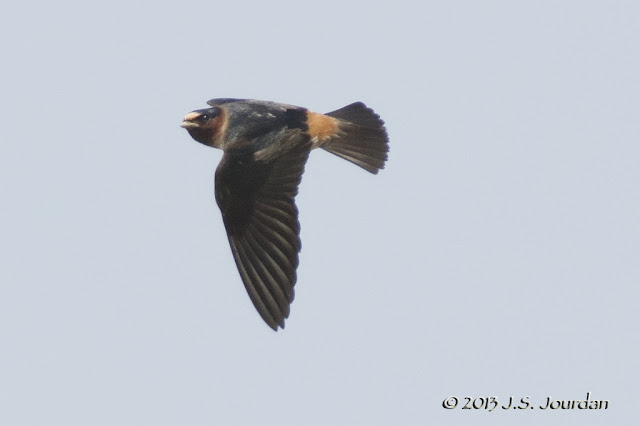 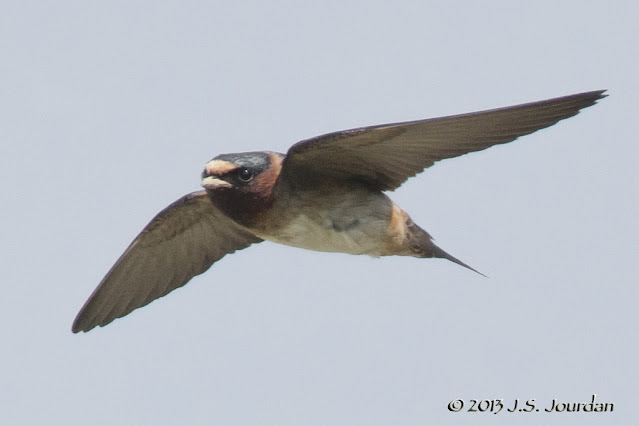 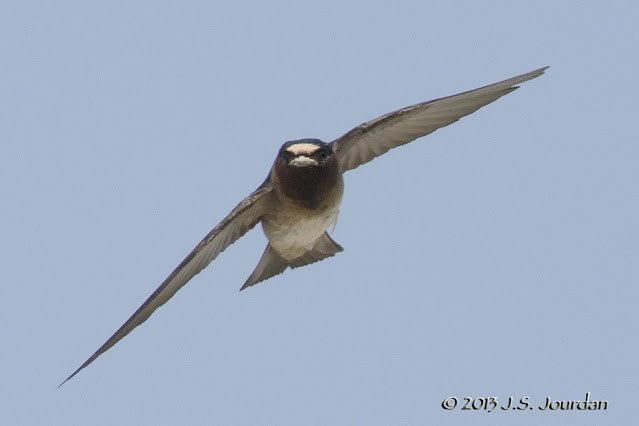 It wasn't one of the more productive mornings at the SGA, but still a nice time.  Thanks for the company, Patrick!

Matt said…
on the CLSW flight shots were you auto- or manually focusing? Or some of both? I'm usually reduced to manual with a generous F stop but have never been that satisfied with the results.
July 8, 2013 at 10:06 AM