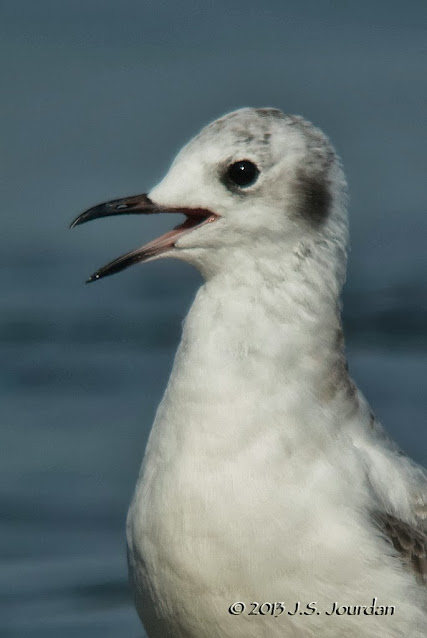 Karl Overman reported a Little Gull at William M. Sterling State Park in southern Monroe Co. this morning.  The bird was seen among dozens of Bonaparte's Gulls along the Lake Erie shoreline near the campground.  Since I knew exactly where he was talking about I decided to head down there after work. 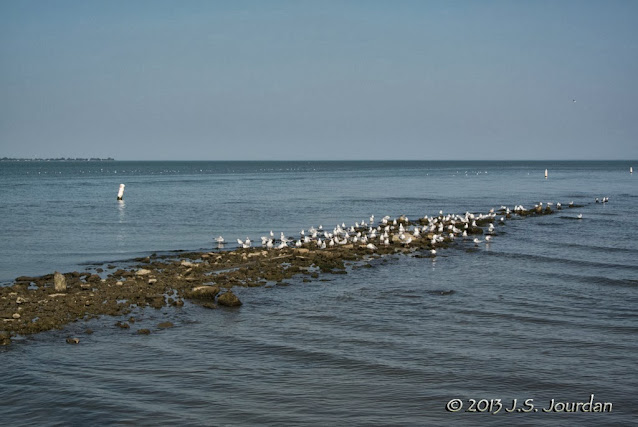 I arrived shortly before 4 pm. and headed for the beach.  Temps were near 90F with high humidity, so it was very hot.  Marc North had arrived a few minutes before I did, so I headed over to see if he had located the bird.  So far he hadn't. 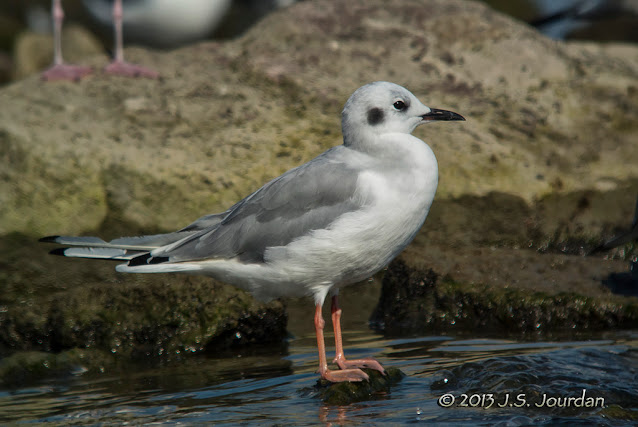 We spent the next hour and thirty searching the hundreds of Bonaparte's Gulls for the Little Gull, but could never relocate it.  I didn't mind too much, though, since I had the opportunity to digiscope dozens of Bonaparte's Gulls and Forster's Terns that were roosting on the rocks neck to shore.  Lighting was perfect and I was able to get within 50 feet of the roosting birds. 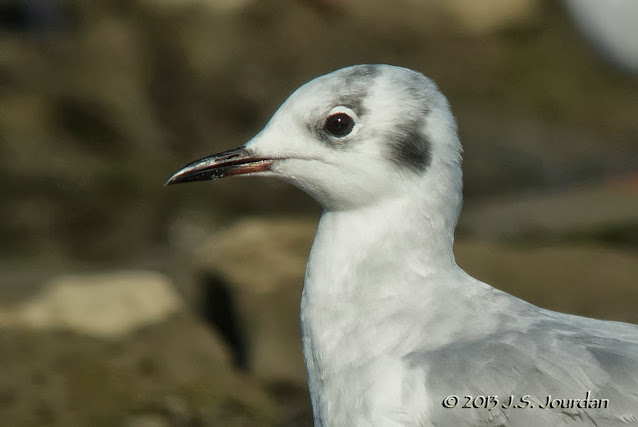 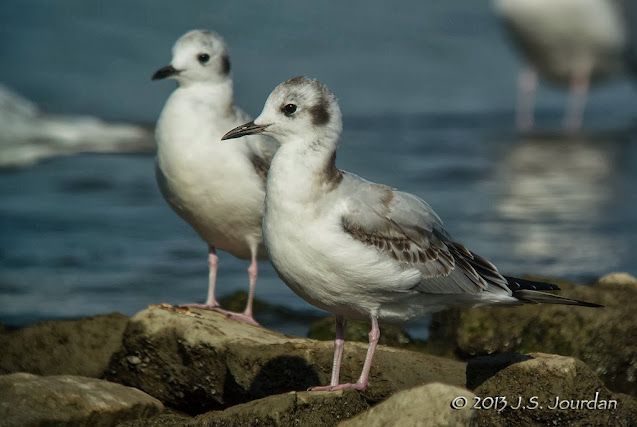 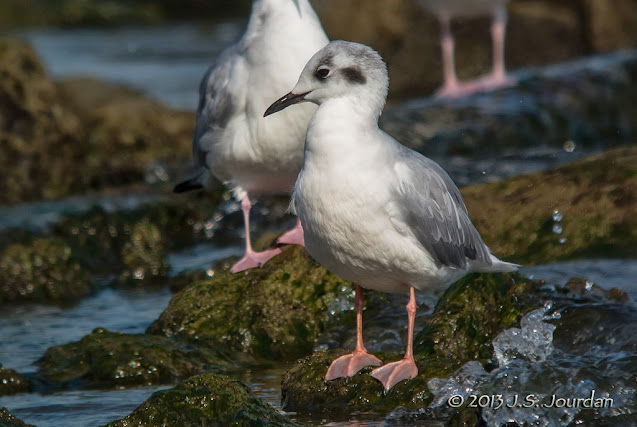 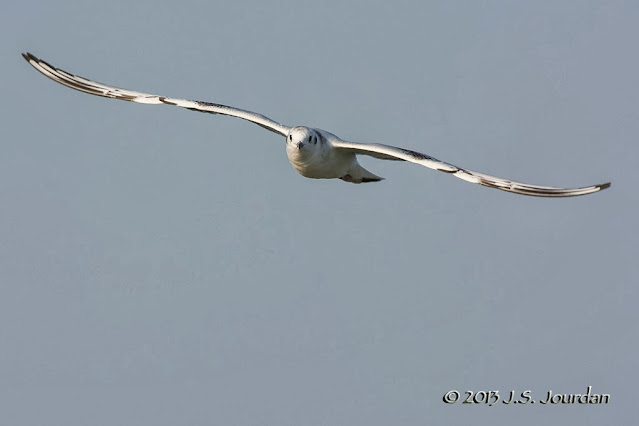 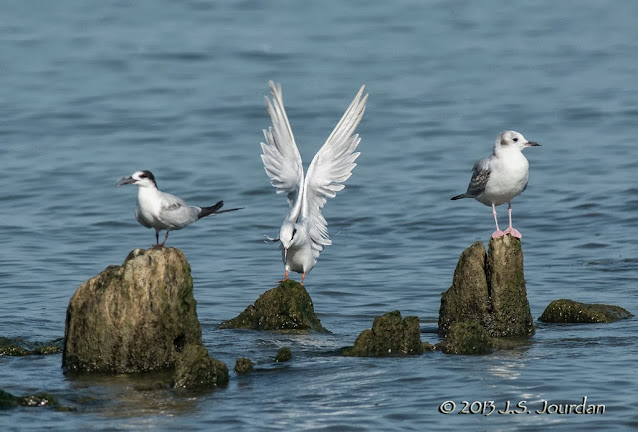 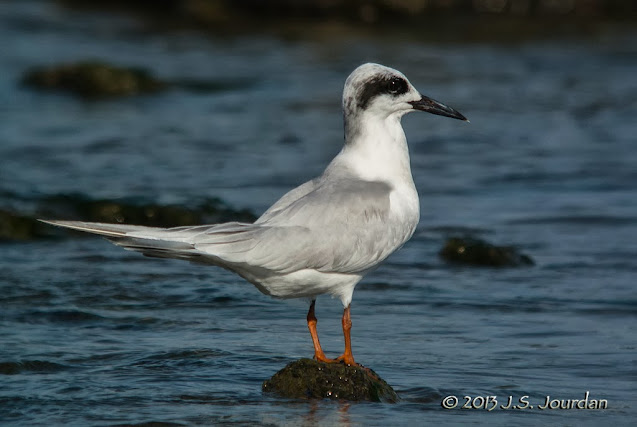 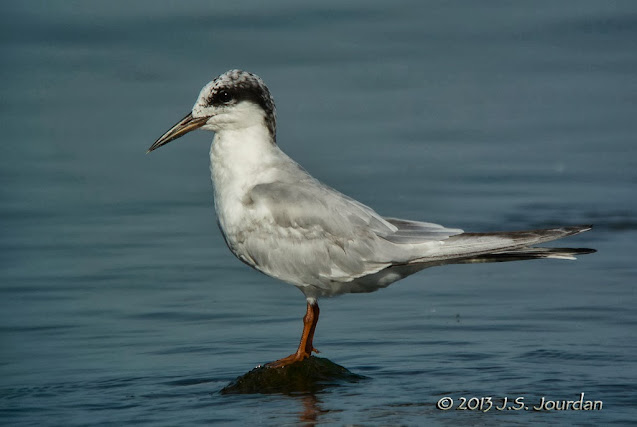 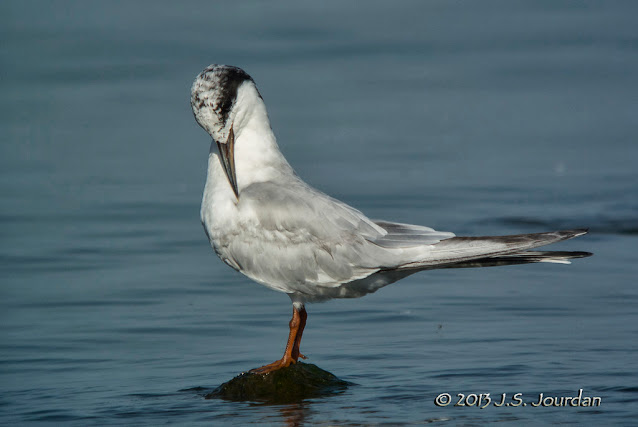 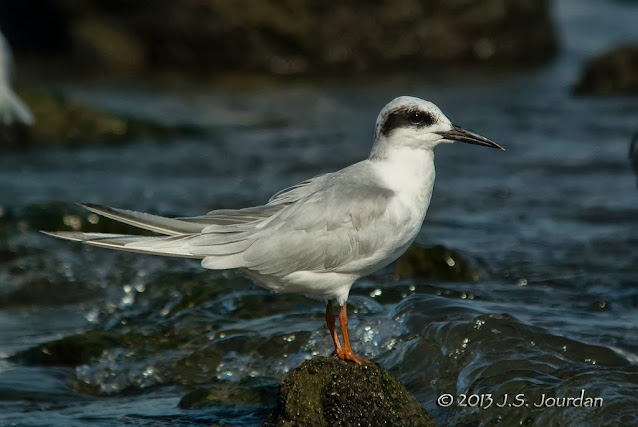 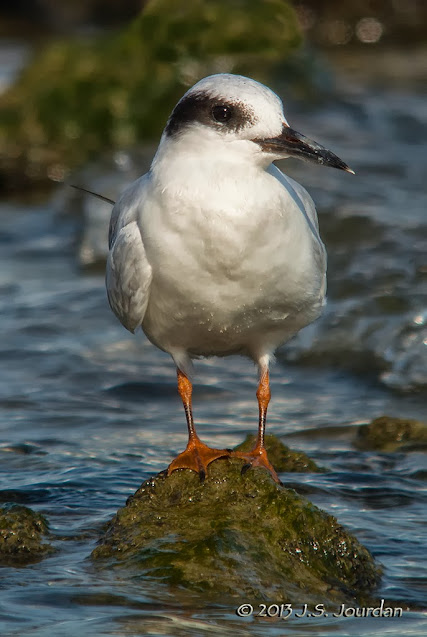 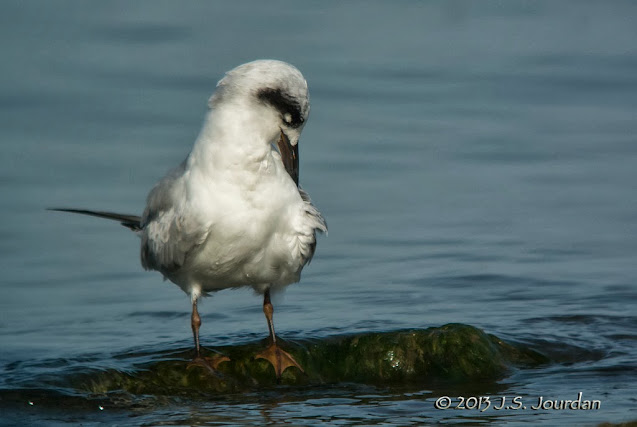 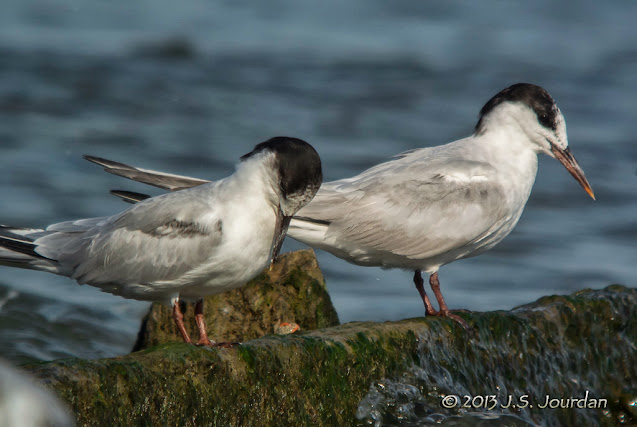 I even managed to find a few Common Terns sitting farther out on the rocks.

Shortly before leaving we found a Franklin's Gull on the beach, but, as expected, it was flushed by beachcombers as soon as we got close enough to photograph it.  Luckily, Karl would refind the bird the next day while unsuccessfully trying to relocate the Little Gull.