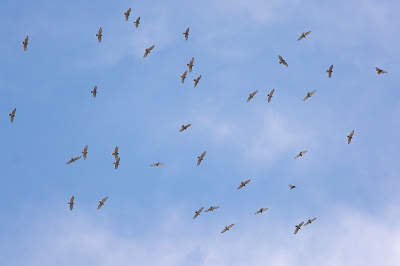 After several days of SW winds and a Saturday morning storm front, Sunday was looking to be a great day for hawk watching at Detroit River Hawk Watch at Lake Erie Metropark in s. Wayne Co., MI. Skies were going to be clear-to-partly cloudy with winds from the NE. Coupled with the 'peak' of Broad-winged Hawk migration occurring at this time in September the anticipation (and crowd level) was high for a huge movement of raptors across the river. They did not disappoint. Although birds were high, there were several large kettles of birds during the late morning hours, and a steady stream of birds late in the afternoon that pushed the day's count to 20,491 birds. Of that total, 20, 145 were Broad-wings!


Robin and I parked at the Lake Erie Metropark Marina and rode bikes down to the boat launch where the count was being held. A large crowd of hawk enthusiasts were present, and I immediately immersed myself among them. Very little breeze was present, and only a trickle of Sharp-shinned Hawks moved through before 10-10:30 am. These birds were high in the sky, which didn't portend good luck for photography today. 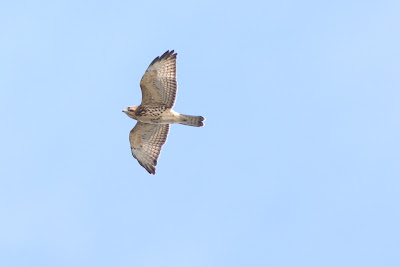 The first kettles of Broad-winged Hawks didn't materialize until ~11 am and they were high overhead, as well. But they kettled just next to the sun and provided limited viewing and photographing before streaming west. 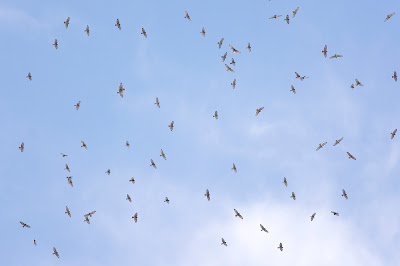 The largest kettle came a short while later, producing about 3600 birds! The birds streamed directly overhead, then congregated behind us, allowing great views and some nice photographs. Among them was a single Swainson's Hawk (light-phased juvenile) that several of us failed to notice. 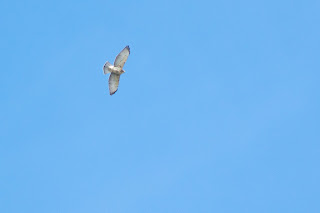 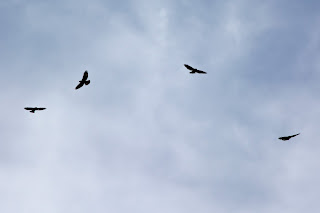 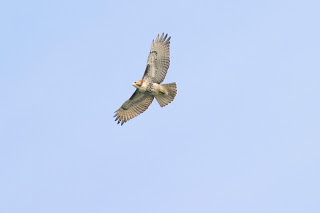 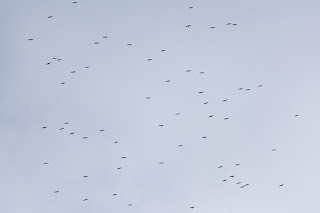 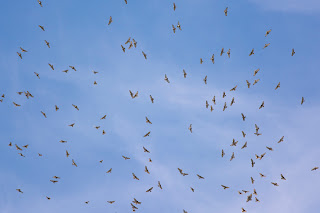 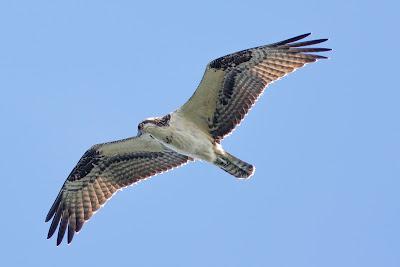 An Osprey made a close pass mid-afternoon and was the highlight until things got busy just as I left at 3 pm. Birds were far to the south and streaming across the river at a height that was barely in binocular range. As late afternoon would progress the birds would gradually drift northward until directly overhead. By then, I was already home and chasing kittens through the grass while trying to put the car away.


Big numbers are expected for Monday, as well.