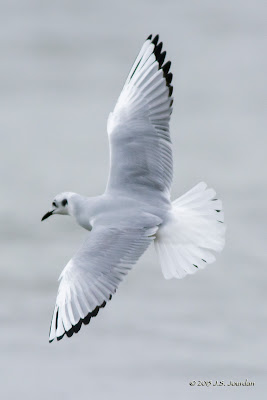 I took a drive down to the Consumers Power Whiting Power Plant this wet morning and made the short walk along the beach to the outflow of the facility. Only a handful of gulls were present, including two of my favorites: Bonaparte's Gulls. The remaining half-dozen were Ring-billed Gulls and a single Pied-billed Grebe. 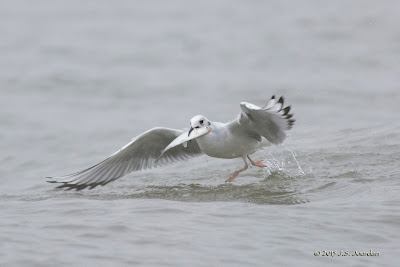 The gulls were circling the discharge looking for gizzard shad being stirred up by the torrent. The two Bonaparte's Gulls were having the most luck picking the minnows out of the water, only to be chased and harassed by the larger Ring-billed Gulls looking to loot an easy meal. 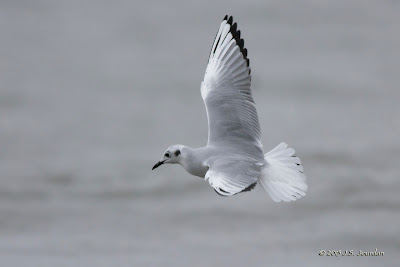 Lake Erie itself was fairly quiet. With duck hunters actively shooting anything in the vicinity only a few small rafts of Lesser Scaup and Bufflehead could be seen through the scope. Water was choppy and a steady wind and rain made viewing difficult. The pics above were taken in extremely low light...