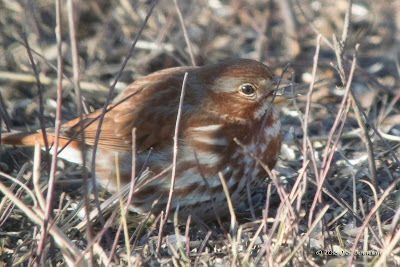 I came home from work at took a look out the back window at the feeders. A half-dozen Dark-eyed Juncos were foraging beneath the feeders, and a single American Goldfinch was on the thistle feeder. In the back edge of the opening, behind the feeders, I saw a bright orange sparrow scratching in the dirt; Fox Sparrow! 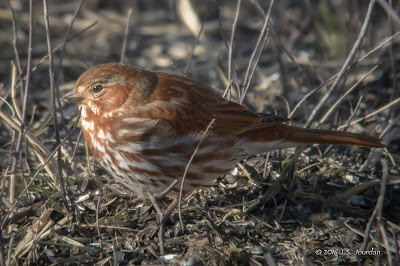 I watched for several minutes as it finally inched its way into the open, and was able to get a few digiscoped images with the window open. With temps in the low 40's, however, convection currents from warm air escaping the house made digiscoping very difficult. I would probably be better off digiscoping through the closed window. 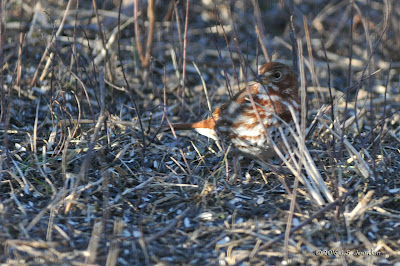 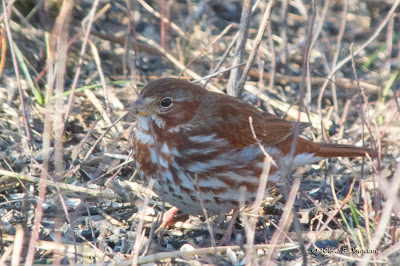 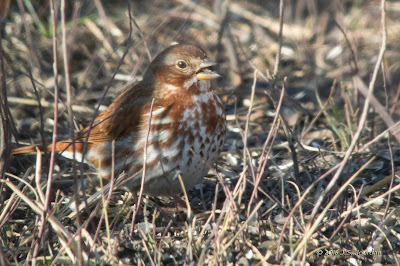 The Fox Sparrow scampered off into the underbrush, but was visible through the scope for the next 30 minutes as it preened and rested. It would make another appearance a bit later, but take off for good when both a Cooper's and a Sharp-shinned Hawk made a quick dash through the yard; the Cooper's kept going, while the Sharpie banked a few times and went after fleeing pigeons (w/o luck).