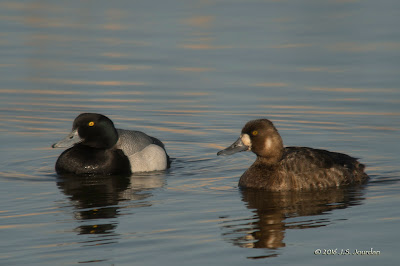 Clear skies and mild temps are the rule for the weekend. With the housework done I decided to make a run down to Point Mouillee SGA for a bike ride and some digiscoping w/ the new Sony a6300. I parked at Siegler Rd. and headed out onto the North Causeway. Five Horned Grebes greeted me as they swam in the Huron River to my left.  One was close enough to digiscope but was swimming toward the sun, so lighting was a challenge. 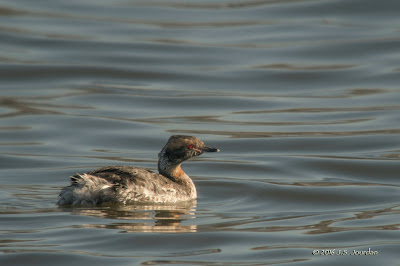 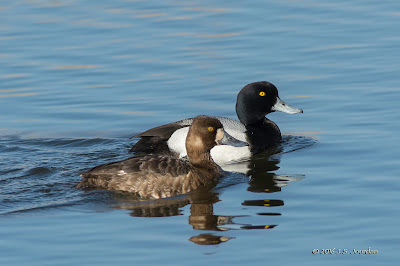 The Long Pond Unit was hosting good numbers of Canada Geese and American Coot. A pair of Greater Scaup swam quietly among them and provided some nice images from both the Nikon D7100 and Sony a6300. 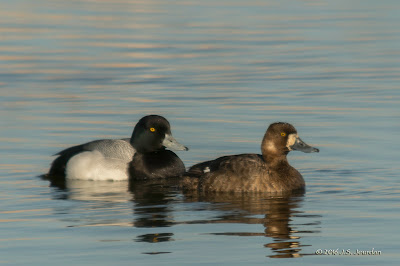 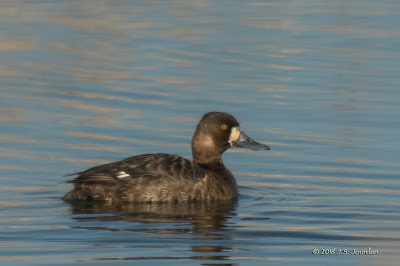 I rode the dike between  Vermet and Long Pond Units toward the Middle Causeway and met up with Todd Palgut. We rode together toward the Banana Unit where we ran into Dan Fox, and another pair of Horned Grebes in Cell 4. 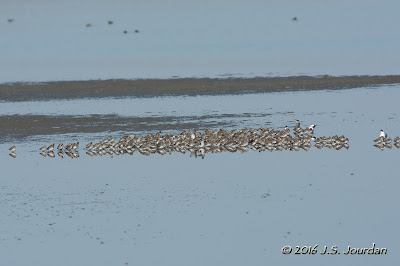 Looping around to the east side of Cell 3 we saw a nice flock of Dunlin and a half dozen or so Bonaparte's Gulls and Forster's Terns. A good mix of ducks were swimming in Cell 3 including Northern Shovelers, Gadwall, a single Northern Pintail, Green-winged Teal, Blue-winged Teal, Mallard, and Ruddy Ducks. 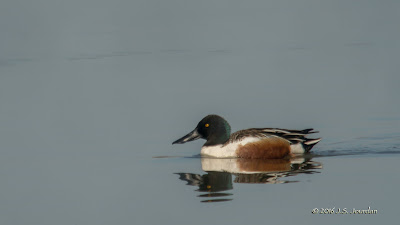 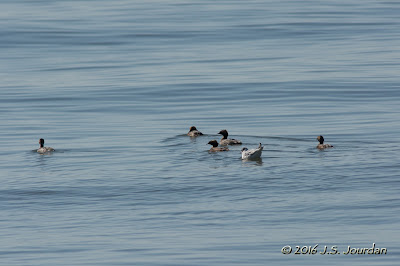 Another couple of groups of Horned Grebes were swimming in the calm waters of Lake Erie, and a Bonaparte's Gull among one group could not be turned into a Little Gull. We flushed 3 Northern Flickers as we rode around the south end of Cell 3, but couldn't move fast enough to get photos. 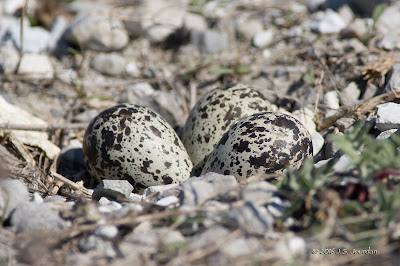 I would head back to the car along the east side of Vermet Unit and the North Causeway. A Killdeer was tending a nest precariously located along the edge of the road, and I worry for the fate of the eggs when road traffic comes along. 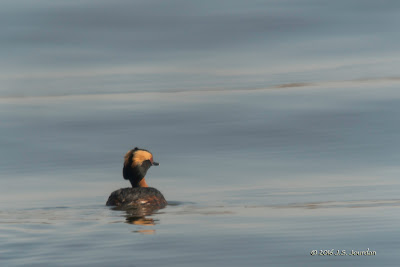 More Horned Grebes were swimming close enough to shore to attempt some digiscoping, but lighting was tricky, and the birds kept diving and reappearing for just moments; enough to make digiscoping a exercise in frustration. 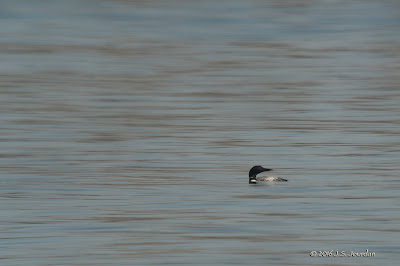 As I scanned the Huron River I spotted a Common Loon swimming and diving lazily in the late morning sun. It would not come closer, though. 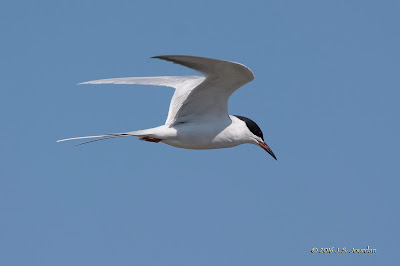 I would ride back to the car, stopping just long enough to grab some pics of fly-by Forster's Terns and Bonaparte's Gulls. 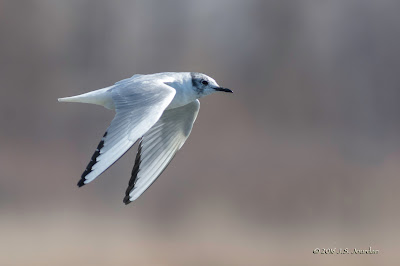 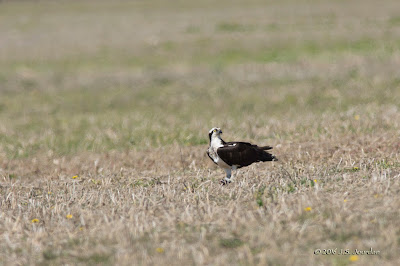 A side trip down Haggerman Rd brought an unusual tally of sightings: Ospreys more numerous than both Horned Larks and Savannah Sparrows! There were four Osprey (2 flying and 2 perched on the ground) and only 2 each of the larks and sparrows along the road. An Eastern Meadowlark was singing in the distance. 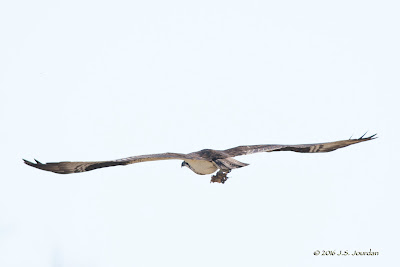 Unknown said…
We are so fortunate to have this place. Nice work.

3-Days ago I walked upon 6-Sandhill Cranes near the 2-Eagle nests.

Unknown said…
We are so fortunate to have this place. Nice work.

3-Days ago I walked upon 6-Sandhill Cranes near the 2-Eagle nests.