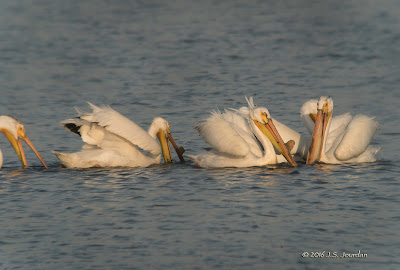 I was in North Carolina this past week, so I missed the incredible migration push through the area. The highlight was a report of 300 Red Knots and over 100 Whimbrel at Pt. Mouillee SGA in Monroe Co., MI on 25 May 2016. I rode out to Cell 3 this morning to see if any shorebirds were still hanging around. I would find small flocks of Dunlin and Semipalmated, but that was it. The several dozen American White Pelicans were a nice find, though. 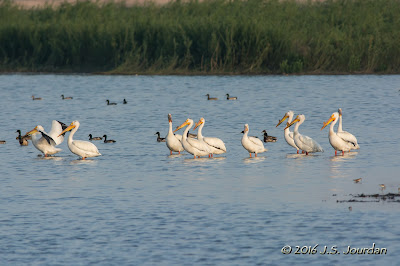 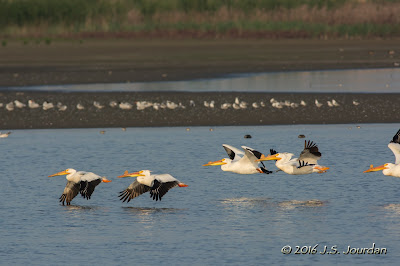 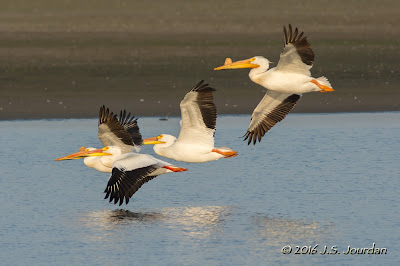 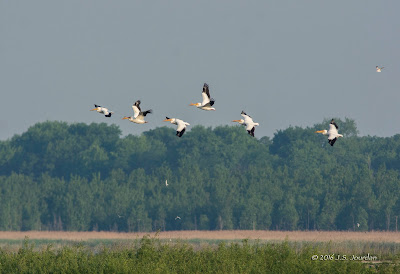 I was relatively close to a group of pelicans foraging near shore, so I put the scope on them and decide to try a 4K video capture. I quickly focused on one bird that had just caught a large bullhead catfish, and watched for the next several minutes as it tried to swallow it. Nothing doin'...


The fish was simply too large and too heavy to toss down its throat. I didn't stick around to see if it accomplished its goal, or just released it.