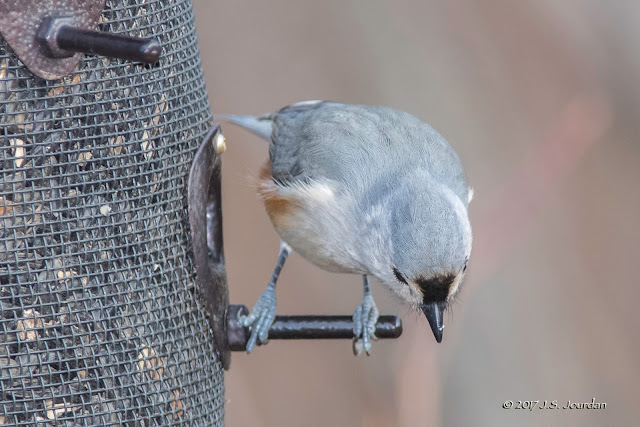 I'm going to Panama's Canopy Lodge next week and want to take the Nikon SB-900 Flash for those low-light / high contrast photo situations that will inevitably occur while out birding. High-Speed Sync [TTL][FP] will allow me to maintain high shutter speeds but requires me to shoot in Manual Mode for it to operate properly.

I normally shoot in Aperture-Priority Mode, and if I'm shooting ISO-Auto then I can maintain a minimum shutter speed of 1/1000 sec. at f/5 and let the camera adjust ISO to maintain proper exposure. However, if I turn the flash unit ON then the camera automatically reverts to a maximum sync rate of 1/250 sec or slower. Case in point: note the Black-capped Chickadee in the thickets below. I was shooting Aperture-Priority at 1/2000 sec minimum shutter speed at f/5. The camera exposed the bird at ISO 2000. Result? Sharp-but-GRAINY. 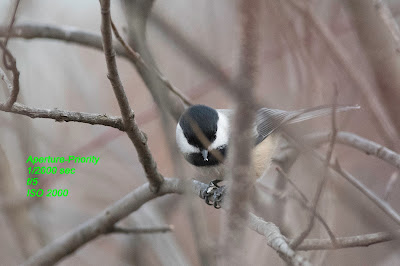 When I turned the flash on to [TTL][FP] the bird was exposed at 1/250 sec. at ISO 200 (which I set as the minimum Auto-ISO shutter level). This suggests that the camera reverted to its normal sync rate of 1/250 sec and adjusted power to expose the image at ISO 200? Result? Exposed-but-BLURRY. This is what we typically run into when photographing warblers at Magee Marsh in low light situations. "Lots of motion in our bird photos" - not good. 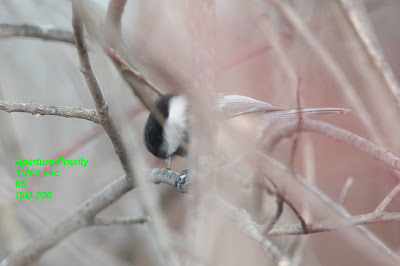 I tried shooting Manual at 1/1000 sec at f/5 w/ Auto-ISO (minimum 200) and tried the flash, but exposures were severely dark. ??? This seemed to suggest that the camera was trying to expose flash power to maintain the minimum ISO of 200. So I tried shooting using Repeat Flash [RPT] at ⅛ power. I've had some success w/ this in terms of getting proper exposures (more natural background lighting) but again, the shutter defaults to 1/250 sec (the maximum sync rate of flash/camera). Note the House Finch against a bright sky. Severely underexposed when shooting Aperture-Priority / Auto-ISO because the camera is trying to compensate for the bright sky. With the flash, the exposure is clean, but shutter speed is dropped and results in motion-blur, even w/ stationary subject. 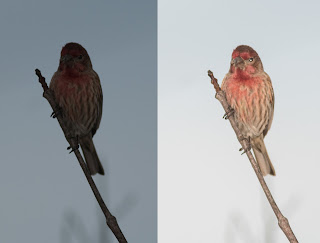 To test if the Minimum ISO Default is really occurring, I took a few exposures of an American Goldfinch w/o the flash, then WITH THE FLASH ON AFTER INCREASING ISO to 1000. Sure enough, the camera allowed me to shoot at 1/1000 second at f/5 w/ the minimum ISO set to 1000 and produced a properly exposed image!

Seemed to work! I then tried it on some Tufted Titmice that were visiting the feeder.
Top image is without flash, and bottom image is with flash. 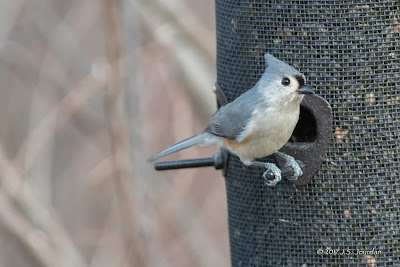 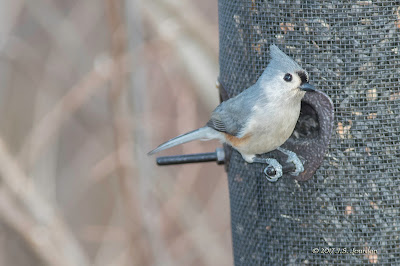 The whole purpose of this exercise is to try to maintain background lighting that is natural. Using the flash generally causes the background to get darker because the flash is providing the majority of light.

I then got smart(er) and set minimum ISO to 640; this allowed me to shoot w/ and w/o the flash w/o having to make any other adjustments than to just turn on/off the flash. This male Northern Cardinal was hit with 4 frames of consecutive flash at [TTL][FP] at -1.0 exp. comp. in the middle of a sunny afternoon. Note how the flash becomes progressively weaker from the 1st frame to the 4th, where it did not fire at all.

This is a case where flash really isn't needed, but is used to illustrate how to preserve background lighting on bright days. 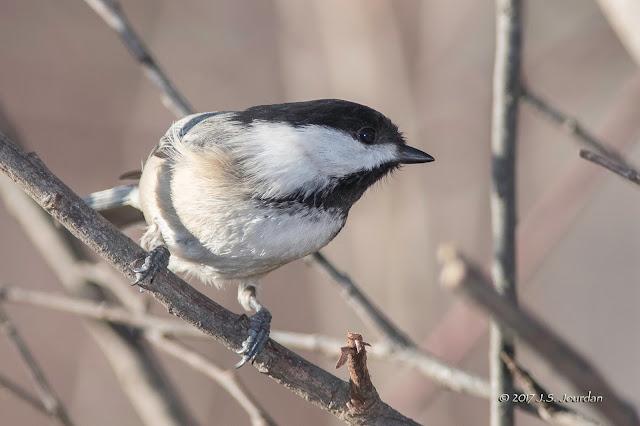 * Just a note about use of flash. I found that the birds were oblivious to the flash and did not react in any way that would suggest adverse effects.