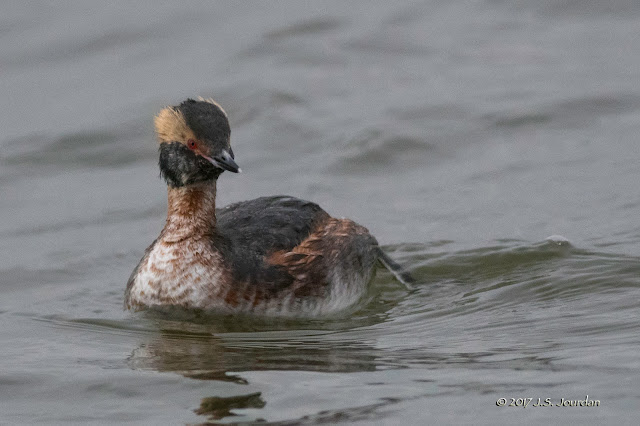 Not counting the quick to trip to Flint last Friday, this was my first outing since returning from Panama, and my first outing since early February birding Monroe Co. Robin and I took a late Saturday drive to Lake Erie Metropark and Pt. Mouillee HQ just to get out of the house. I decided to bring the scope and camera. Just in case.

A quick stop at Cove Point at the foot of Lee Rd. yielded distant Lesser Scaup, Bufflehead, Red-breasted Mergansers (dozens) and 8 Horned Grebes! I spent some time trying to video record them as they swam 50 yds from shore, and was happy to see three of them in the canal nearby. Per usual, it was dark, overcast and slightly drizzly, so high ISO photography was the rule. 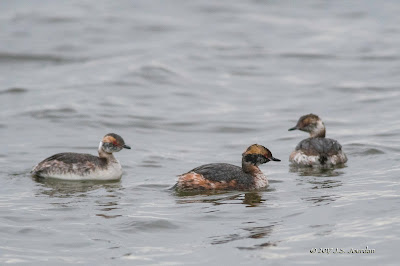 We then drove over to Pt. Mouillee SGA HQ at the foot of Campau Rd. Horned Grebes were swimming near the pier / parking lot while dozens  of Lesser Scaup, Canvasback, Redhead and Ring-necked Ducks swam farther out. We sat in the car w/ the window rolled down, and I took a few photos of the grebes as they swam just 100 ft. away. 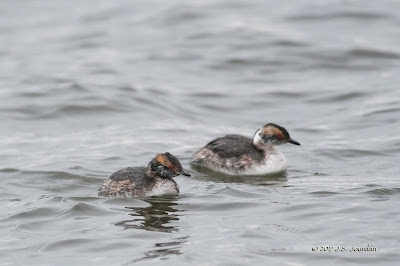 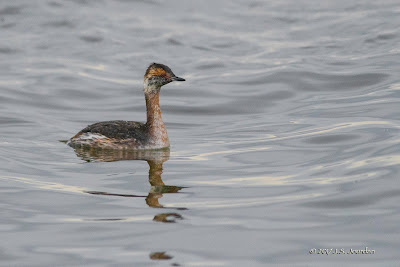 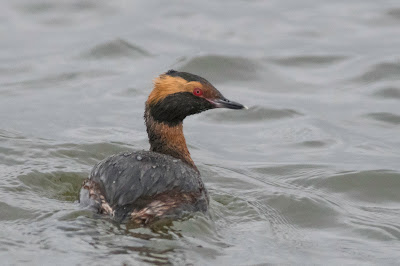 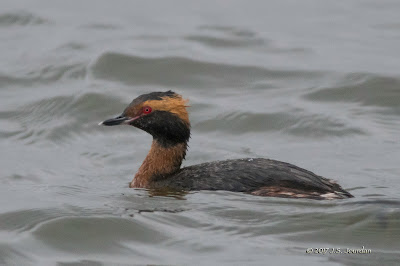 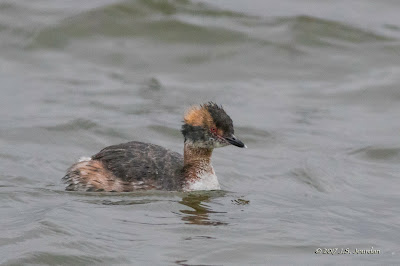 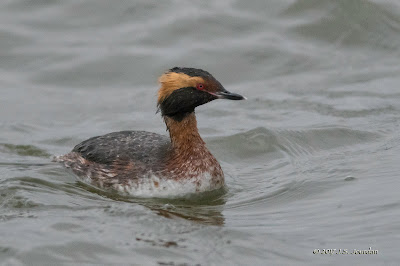 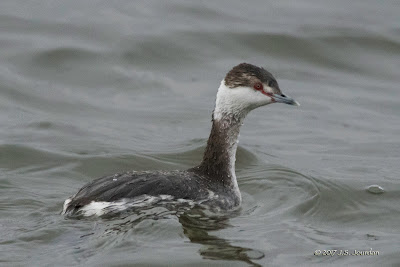 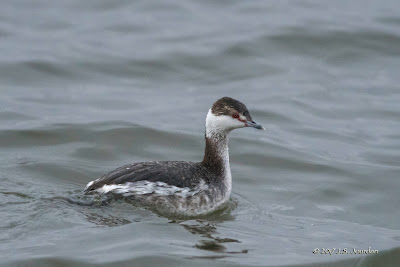 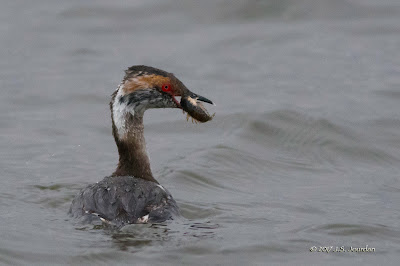 Horned Grebes are migrating through the Great Lakes in force right now. Reports of stranded birds in parking lots are starting to trickle in, and this is a good time to look for them, and a stray Eared Grebe if lucky. As expected, the Horned Grebes are in all stages of molt; from basic to near-alternate. So, its a fun time to see them. 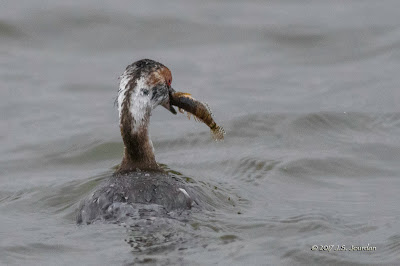 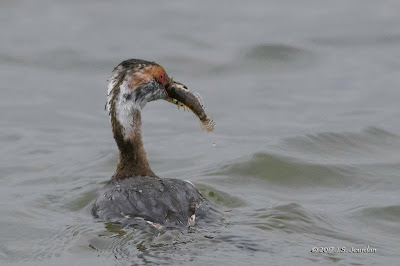 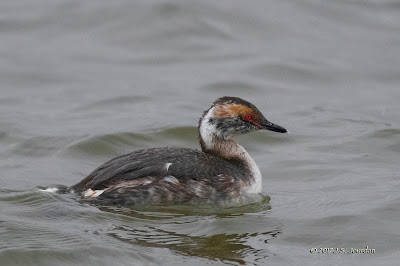 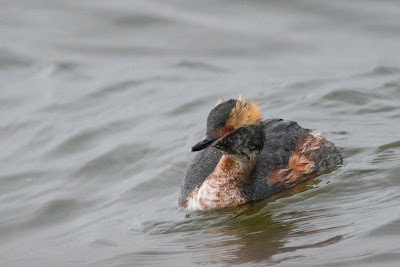 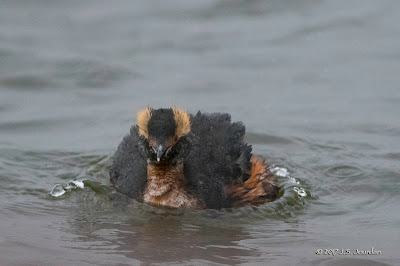