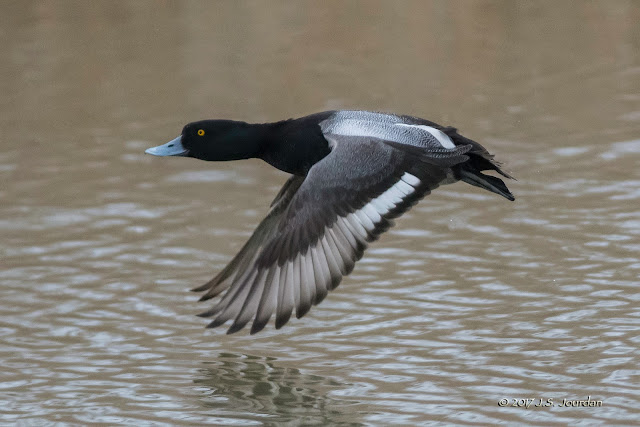 I was at Erie Marsh Preserve in s. Monroe Co. this morning photographing migrating waterfowl. Light was low and skies were overcast. The scaup shown above took off and flew across my path, which allowed me to grab a quick burst of it in flight. Both Lesser and Greater Scaup possess white secondaries, however, Greater Scaup have white that extends onto the primaries. That would make this bird a Greater Scaup, no? Hmm... This is an example where one photograph of a bird can lead to an incorrect identification.

Note the sheen on the head: more purple than green, which would suggest Lesser Scaup (yes, I know head color is not reliable under some lighting conditions, but is useful in most situations). Note also the lack of a distinct black tip on the bill. This is also suggestive of a Lesser Scaup.  It is not until we see additional flight shots that the true identity is revealed. 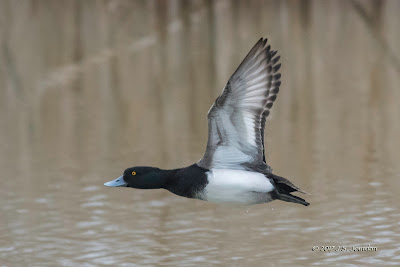 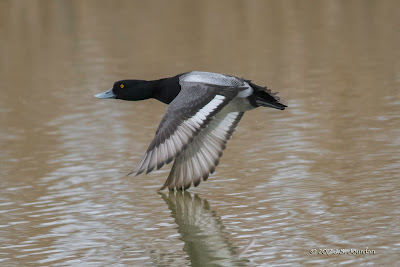 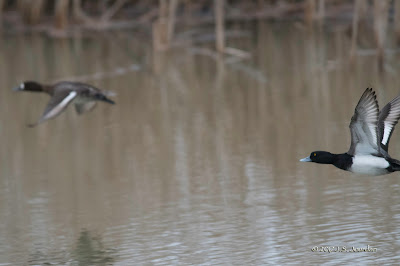 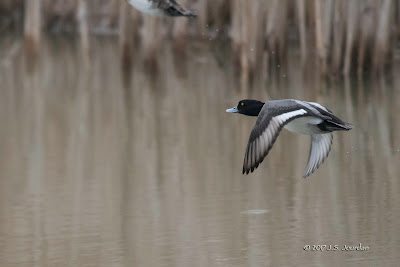 A few more looks at this bird in flight reveals more brown in the primaries that helps seal the ID. Even the female shows browner primaries.  Here's a digiscoped view of the bird on the water. 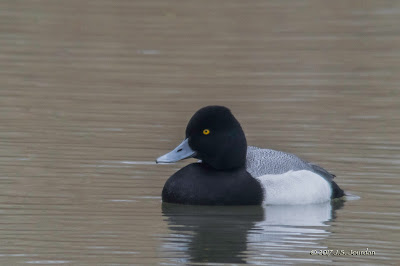 The peaked head confirms it to be a Lesser Scaup! Lesson learned: beware of lighting - it could result in a wrong impression, and a mistaken identity!