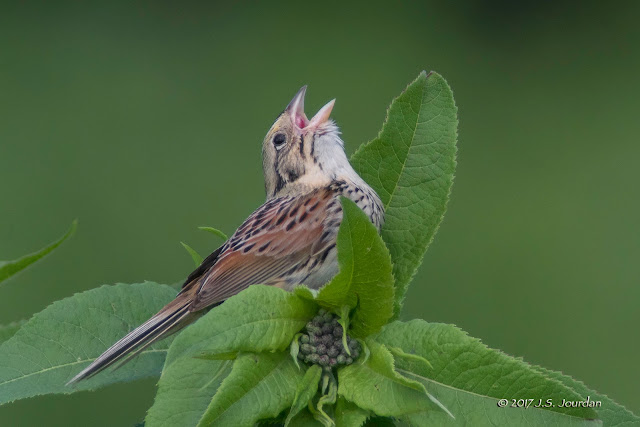 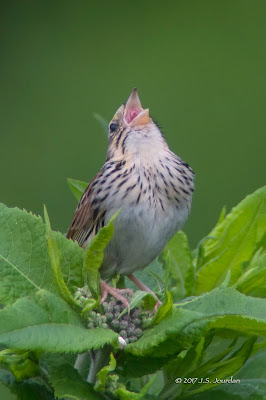 I drove back to Willow Metropark in Huron Twp., Wayne Co., MI to look for the Henslow's Sparrow that Robin and I found yesterday. I parked at Washago Pond parking lot and found Don Sherwood and Cathy Carroll viewing the bird(s) in the same location as yesterday. I quickly joined them and waited for one of the birds to appear so that I could digiscope it. If anyone told me I'd have to wait 10 years to get the photos I got today I would have gladly waited. 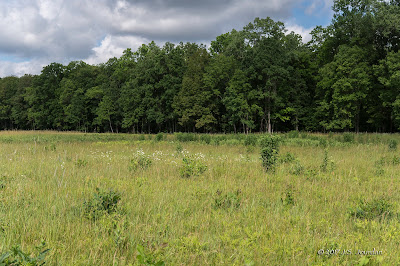 Within minutes a Henslow's Sparrow appeared atop the largest milkweed plant in the field (about 30' away) and posed and sang for several minutes while I digiscoped it against the dark woods in the background. 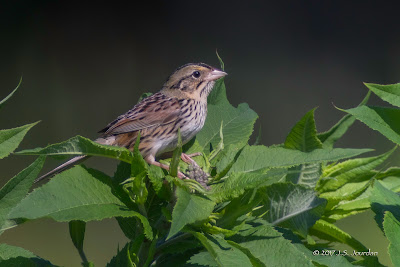 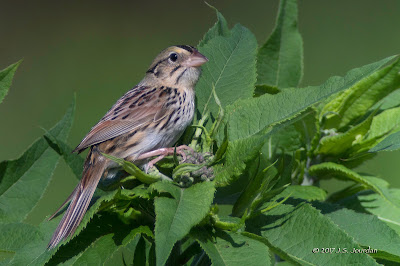 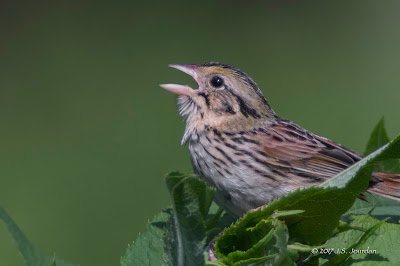 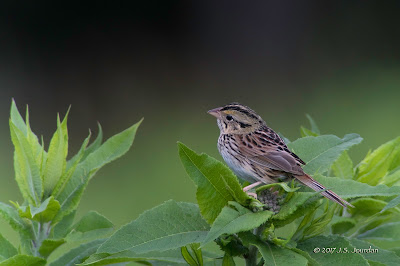 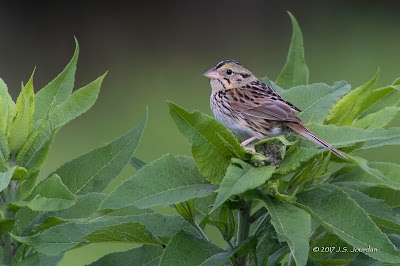 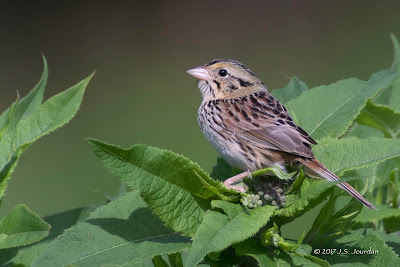 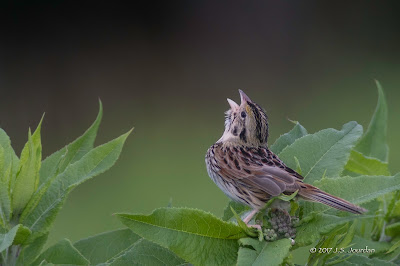 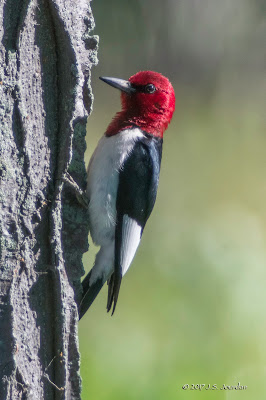 Don was just telling me about seeing a Red-headed Woodpecker at Pt. Mouillee when one appeared on the trees just behind us! It posed for several minutes while we turned our attention away from the prize in front of us. 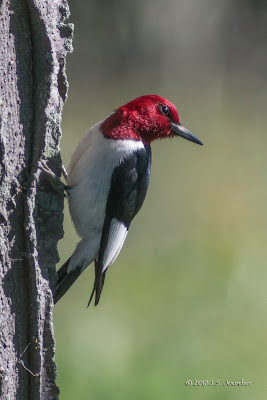 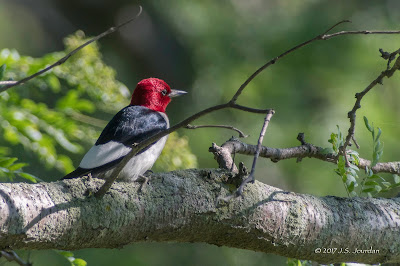 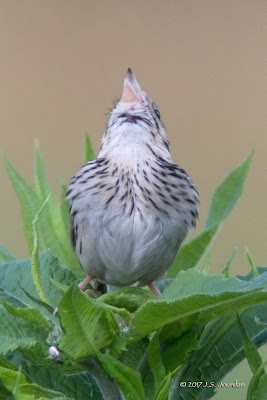 We spent the next 30 minutes or so viewing and digiscoping the bird as it posed and sang atop the milkweed. A second bird was singing about 100' away near the Willow Tree. 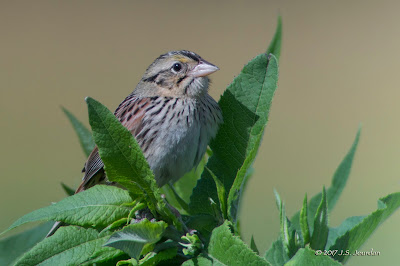 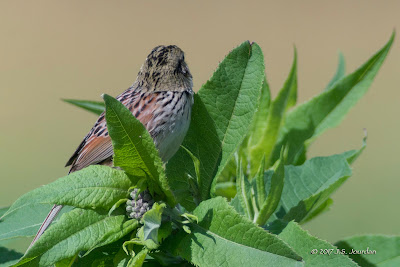 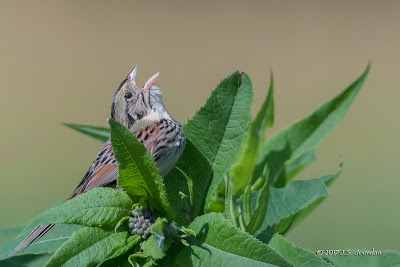 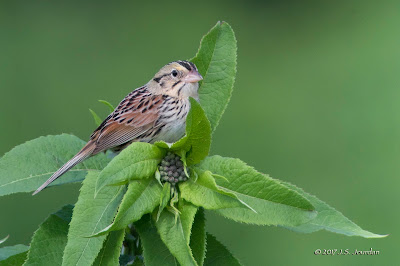 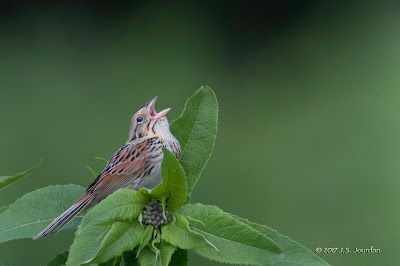 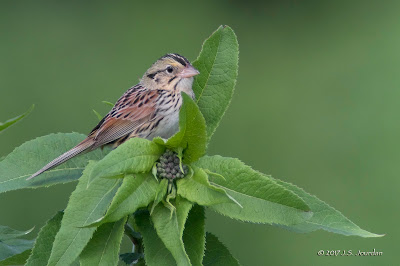 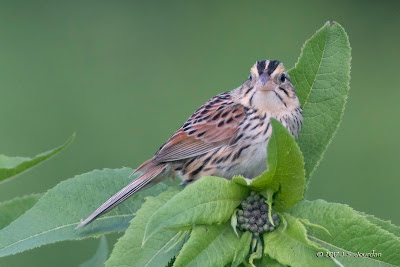 Just before leaving a Red-tailed Hawk appeared overhead carrying what looked like a baby Robin. 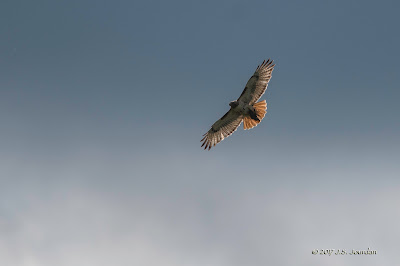