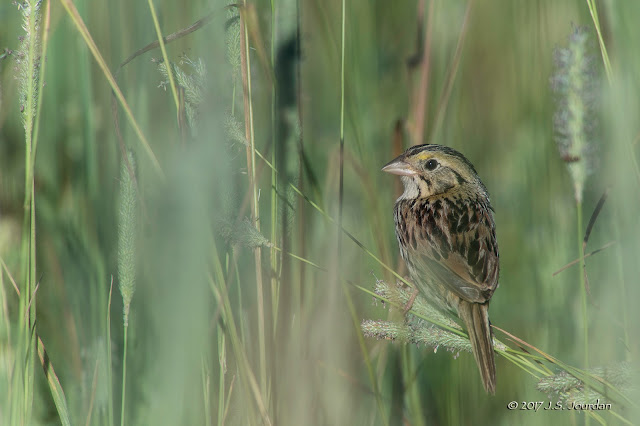 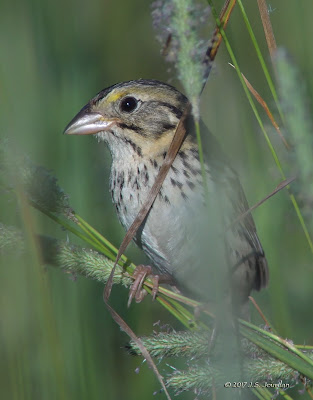 "Tse-LIK!" Sparrow lovers will recognize this call almost instantly. It comes from one of the most sought-after Ammodramus sparrows in this area, and one of the most inconspicuous birds, at that. Henslow's Sparrow (A. henslowii) has been somewhat of a nemesis bird for me as I have never been able to get a decent photo of it. Until today.

I drove back out to Superior Twp. this morning to look for the Henslow's Sparrow that's been frequenting the Conservancy Farm fields. Since I only had a very short time to bird today it was a good choice. Hell, it was a GREAT choice!

I walked around back of the big red barn and immediately heard the calls of Bobolink, Song Sparrows, Savannah Sparrows, Eastern Meadowlarks, and even a Dickcissel! As I walked the two-track toward the woods I got no farther than the mulch piles when I heard the distinct-but-faint "hiccup" call of the bird. How I heard it over all of the racket from the other birds I'll never know, but there it was. So I planted the scope, grabbed the cameras, and waited.

In short time it popped out of the grass and fluttered over to some other grass just 30' away and proceeded to sing. Since winds were picking up and the grass was swaying I got the scope on it and decided my best chance for a clean frame would come from a 4K video.  After several minutes of recording it I took the chance to digiscope it. It did not disappoint. 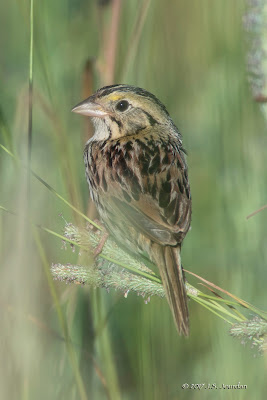 For seconds at a time the grass would seem to part, exposing the tiny olive-green bird to a burst of frames from the Sony a6300. Focus-peaking helped tremendously, allowing me to get some nice feather detail in its head and back feathers. 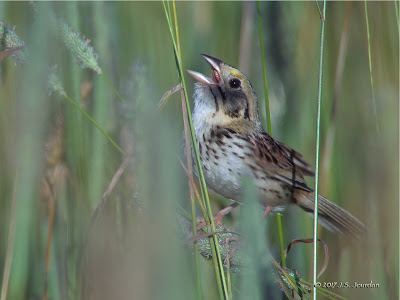 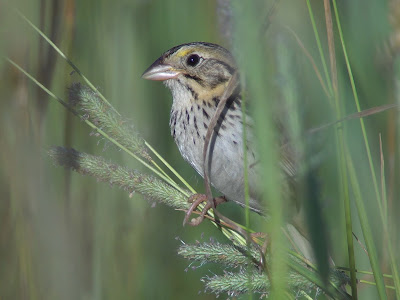 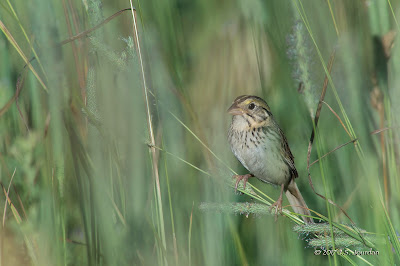 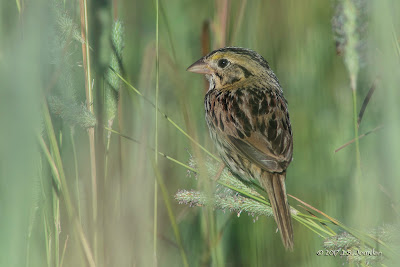 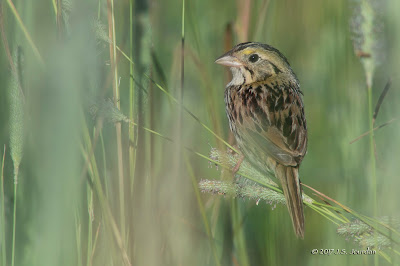 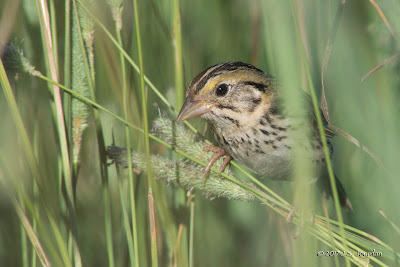 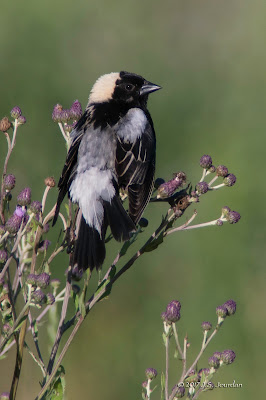 When it finally dropped back down into obscurity I headed back to the organic garden area and took a few images of the many male Bobolink that were singing from more traditional perches. 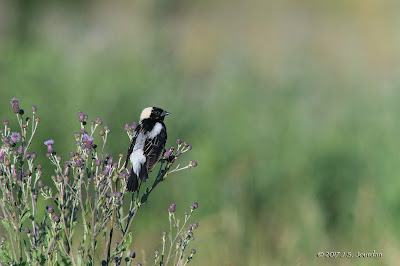 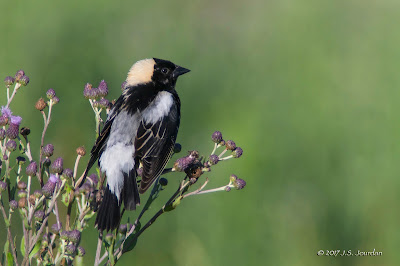 The male Ruby-throated Hummingbird was perched nearby, but too far for any pics. It buzzed passed me and disappeared into the garden area. 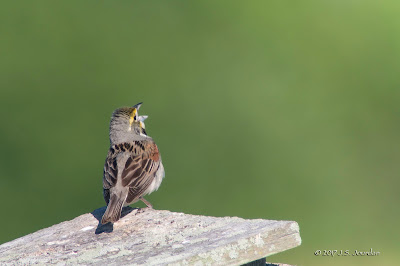 I heard the Dickcissel singing from the corner of the garden, so I walked over just as it flew to one of the bluebird boxes and sang for several minutes. I managed a few digiscoped images before it flew off into the field.

Since I needed to be back home by 9 am I headed out and back to the car. 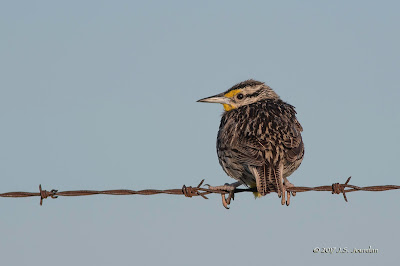 I swung back through Willow Run Airport and picked up another 3 Dickcissels, several Eastern Meadowlarks, and a dozen Savannah Sparrows before getting home. But the great morning wouldn't end there.

When Robin and I drove over to Willow Metropark in Huron Twp., just 10 minutes from Brownton Abbey, I parked at Washago Pond parking lot. Getting out of the car at 10:30 am I heard a loud "Tse-LIK!", followed by another! Wow, I ran over to the unmowed portion of the grass and spotted another Henslow's Sparrow singing from atop a milkweed plant while another answered it about 100' away. I could only wonder if they have a nest nearby as its already the end of June. I'll be back tomorrow morning when the winds die to see if I can relocate them.

Here's a nice write-up from Audubon regarding the Henslow's Sparrow.