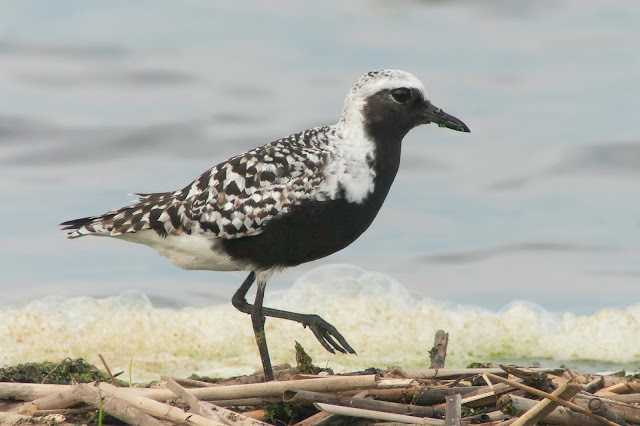 I made a quick run down to Pt. Mouillee to look for the three Plegadis sp. ibis. They were reported last evening in the Walpatich Unit, just a quarter mile from the parking lot. So, a quick bike around the corner from the Middle Causeway had me looking, and missing, the ibises. A Marsh Wren was right next to the trail, but I had little time to mess with it.

I was next to the pumphouse, so I decided to look for shorebirds in the NW corner of the Humphries Unit. Nothing but a small group of Caspian Terns.

I was only a ½ mile from the Banana Unit, so I decided to check out the NE corner of the Humphries Unit for shorebirds. The Black-bellied Plover I saw on Friday was still there, so I spent a few minutes digiscoping it from the trail edge. 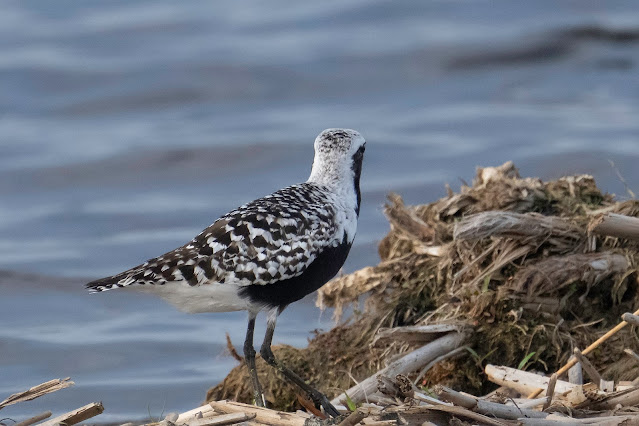 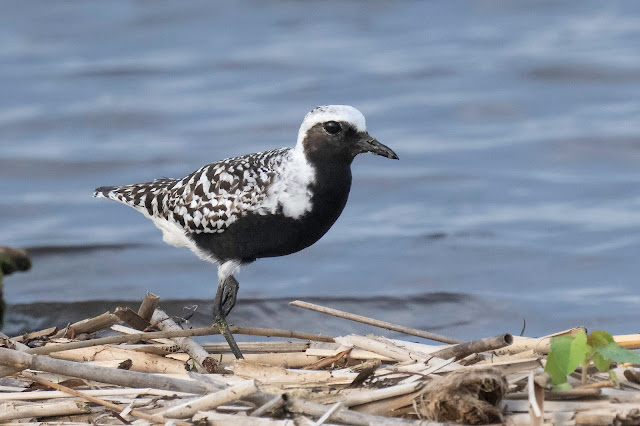 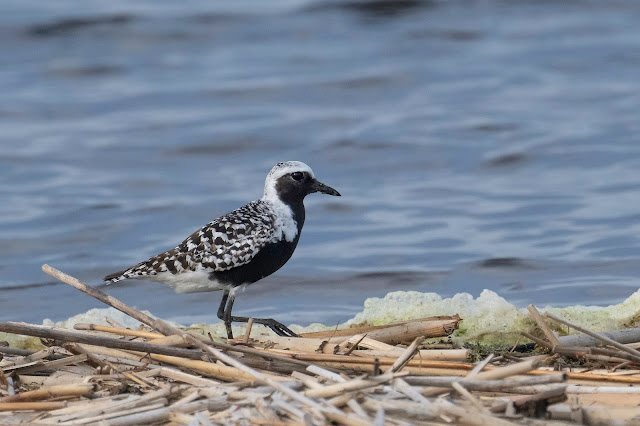 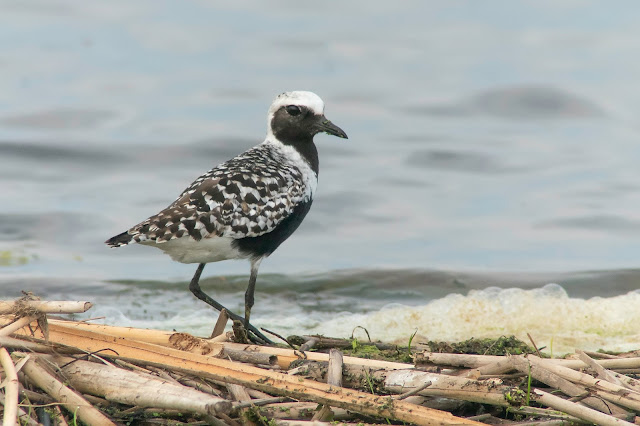 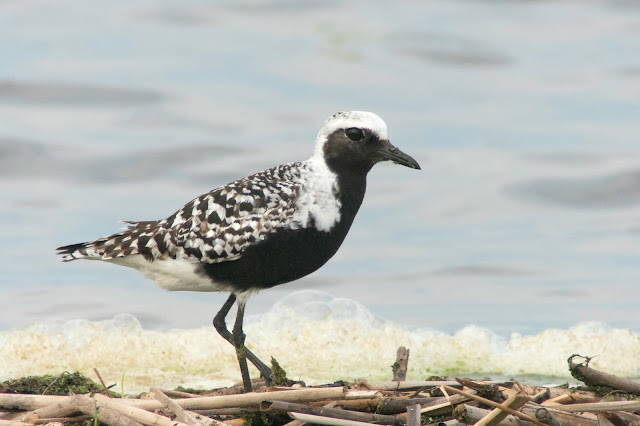 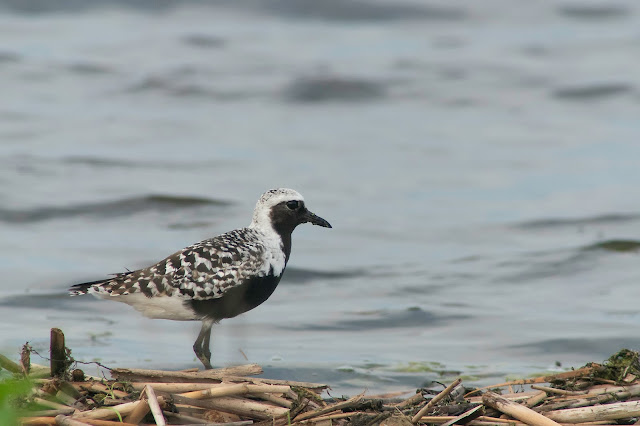 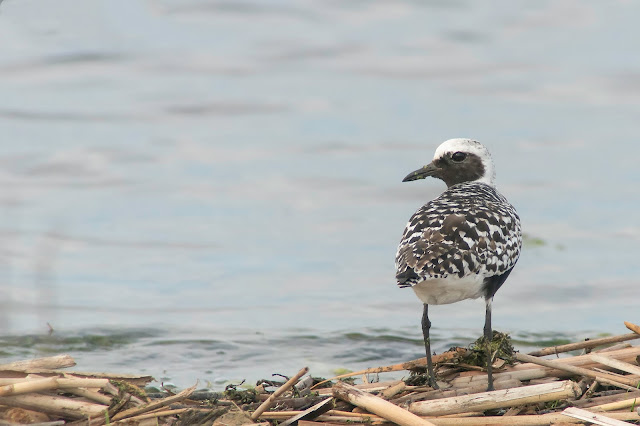 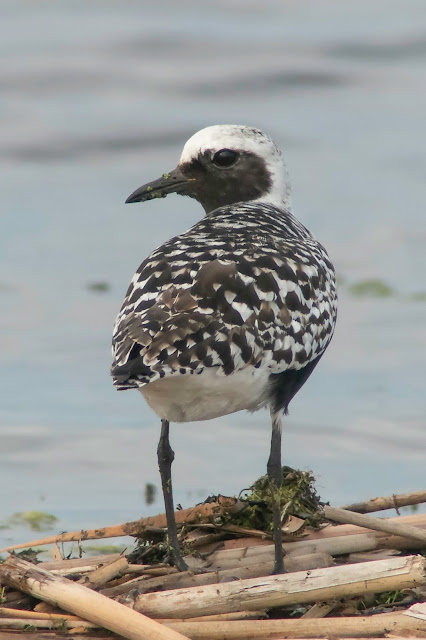 As I headed back to the car I spotted the Glossy Ibis in the ditch next to the Middle Causeway and stopped to photograph it. Wouldn't you know it took off before I could get the camera out of my holster and focused on it. I had to settle for a couple of flight shots as it disappeared back into the Walpatich Unit. 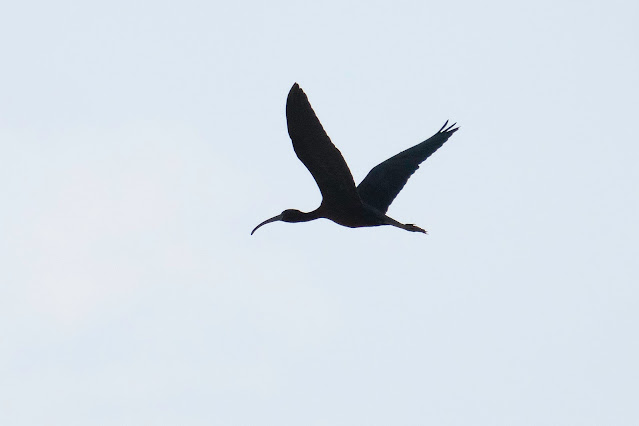 So, I rode back to the area and saw it fly over a couple of birders who were deeply backlit by the rising Sun. As I approached them with the idea of riding around to the north side of the unit I noticed one of them was my friend Patricia Rydzewski.

We chatted, and she filled me in on her awesome day yesterday in this same location (3 ibises, American Bittern, Marsh Wren, and a Virginia Rail). As we talked I spotted one of the White-faced Ibis with the Glossy Ibis on the edge of the grass mat in the north end of the unit; both were too far to photograph, so I settled for looks through the bins.

I'd head back home and try again later.