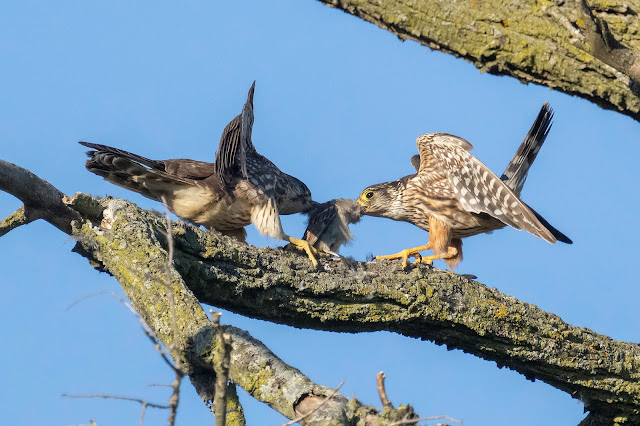 On Thursday I got a call from Jack and Janet Volker that a pair of Merlin were being seen in Monroe near the Academy of St. Mary. There was even some speculation that the male was awfully dark and may be a Pacific "Black" Merlin. Since Robin and I were having an early dinner at the Pub House we drove by the area to look for them. We dipped.

At about 6:30 pm we received another call from Jack and Janet who had found the pair and were observing them from just a few feet away. I believed them. After all, I could hear the birds yacking away in the background! I planned to meet them down there Friday evening at the same time.

I arrived Friday evening and found the Volkers looking for the Merlin pair without luck. I wasn't too disappointed as it gave me a chance to catch up with them. After about 30 minutes of chatting and sharing stories Janet saw the female Merlin fly in and land in the top of a pine tree about 50 yds. away.

We watched her through the scope for several minutes until she flew closer and landed in a dead tree near where we parked the cars.  The female was somewhat backlit by the setting Sun so digiscoping was necessary to get pics.

We were able to move closer to get a better angle and get a few more images of the female as she rested on one leg and yacked away to a male that was not visible. 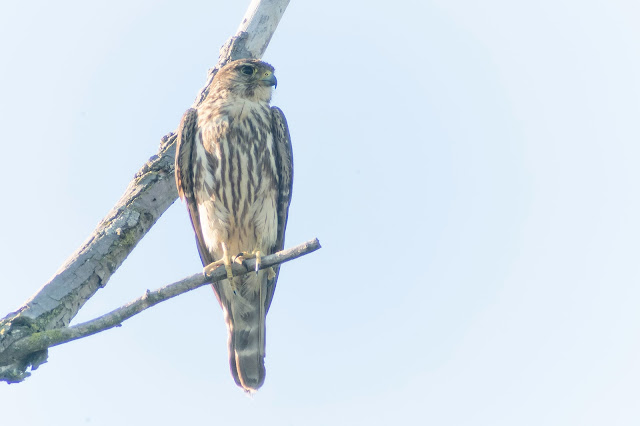 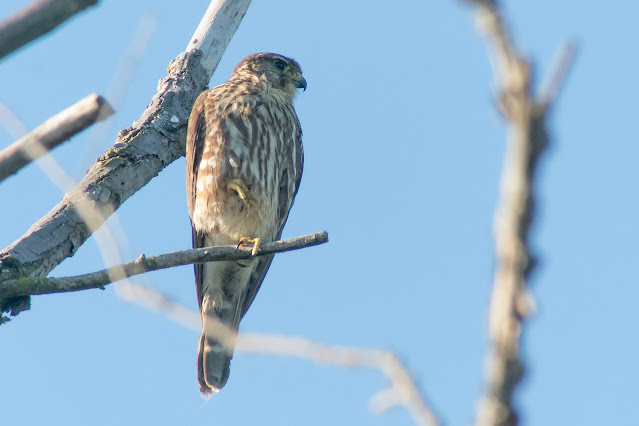 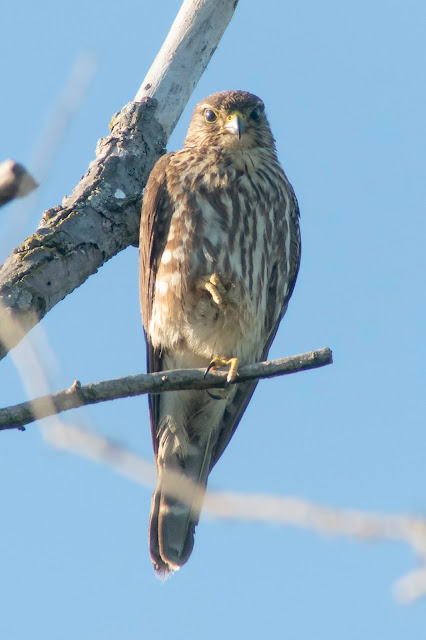 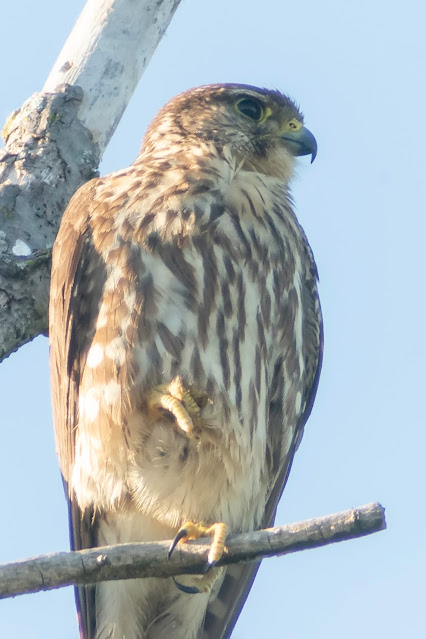 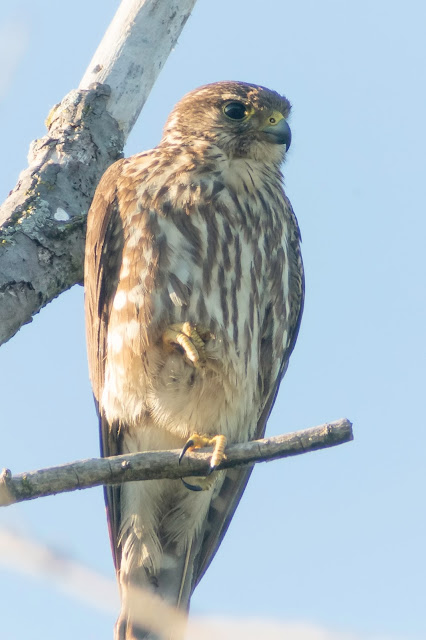 When he did finally show the male Merlin brought a fresh House Sparrow to another dead tree nearby and was beautifully illuminated by the Sun. The female immediately flew to the male and the hand-off was made (not without some tussling between the pair). Poor sparrow. 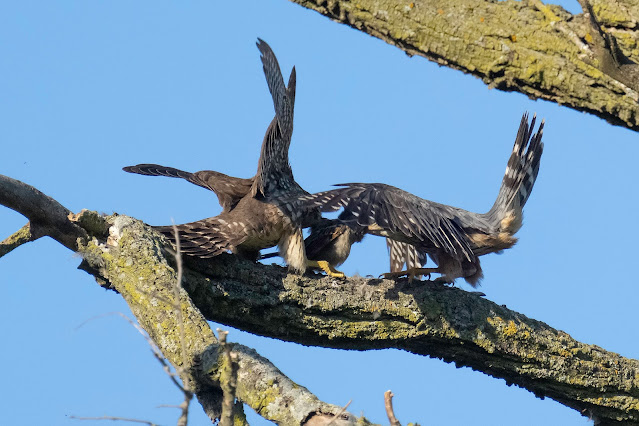 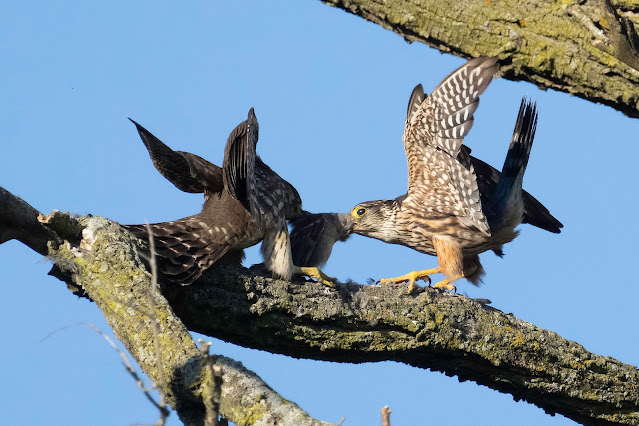 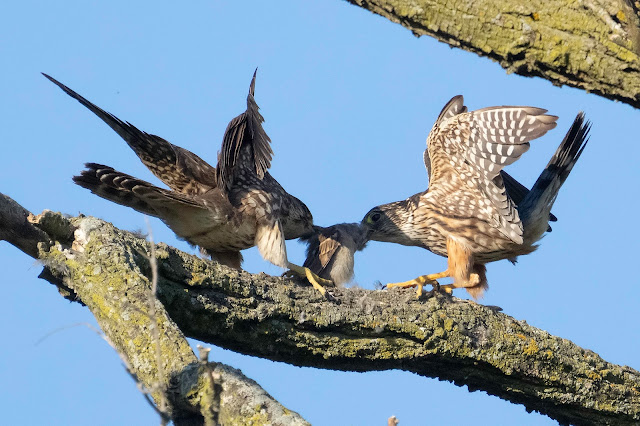 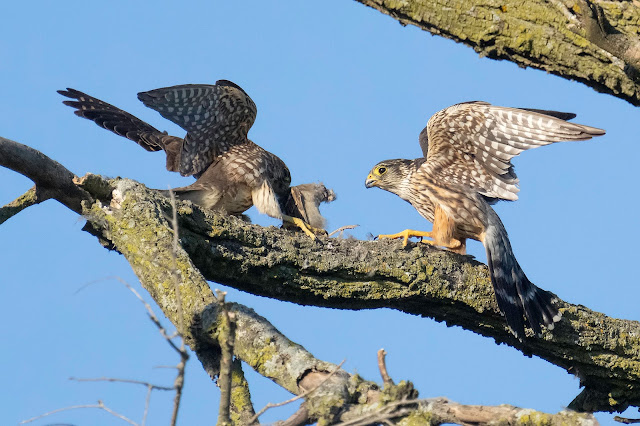 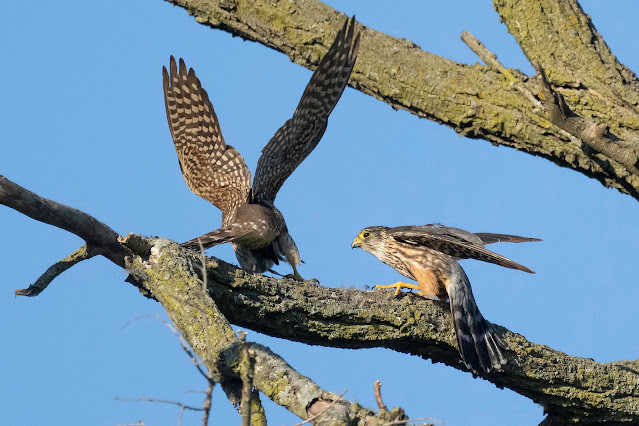 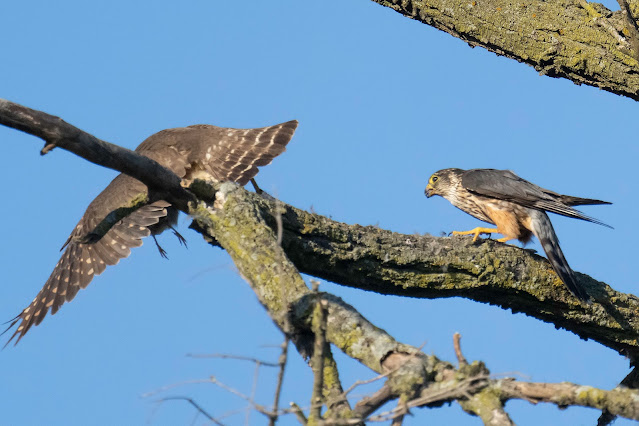 The female returned to her perch and proceeded to eat the sparrow while we watched below.

The male sat quietly in his perch for a few minutes, then flew off. 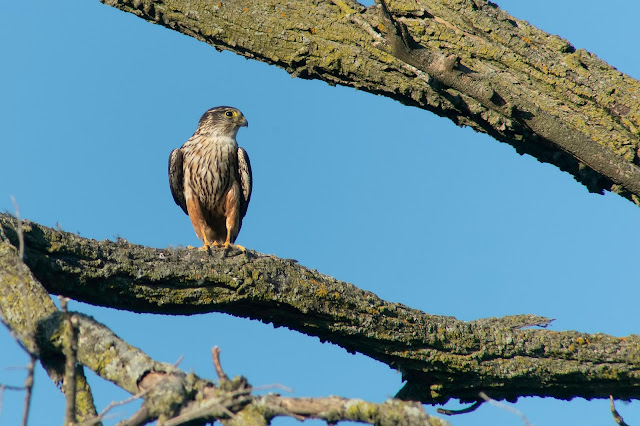 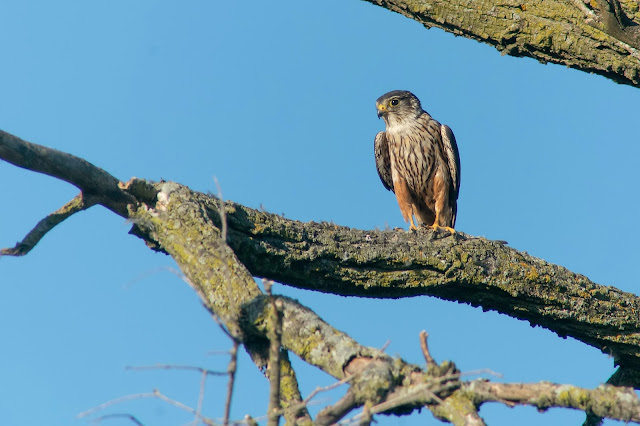 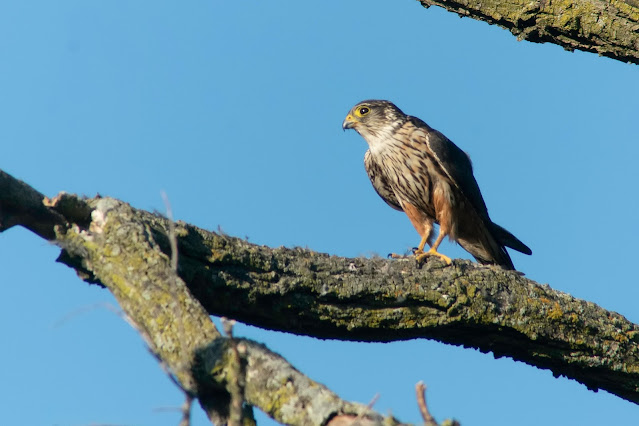 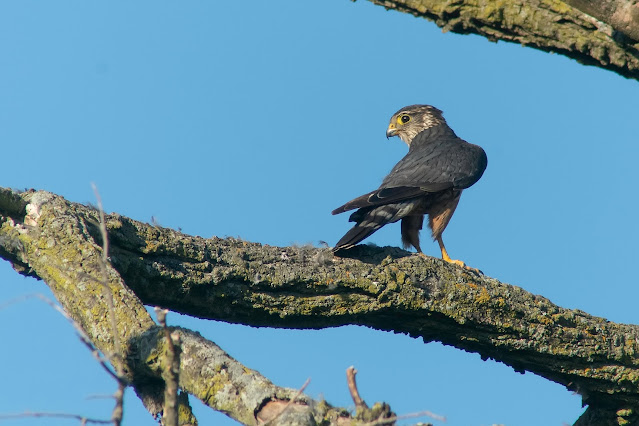 With enough photos to verify a pair-bonding moment we said our goodbyes and headed home.

The male was not a "Black" race but the more common "Taiga" subspecies were typically see in this region. The former is identified by an overall dark appearance with a distinct black mustache that you'd normally see on a Peregrine Falcon. The mustache on the Taiga male is nondescript, such as in this case. HawkWatch International has a nice writeup on the subspecies identification.