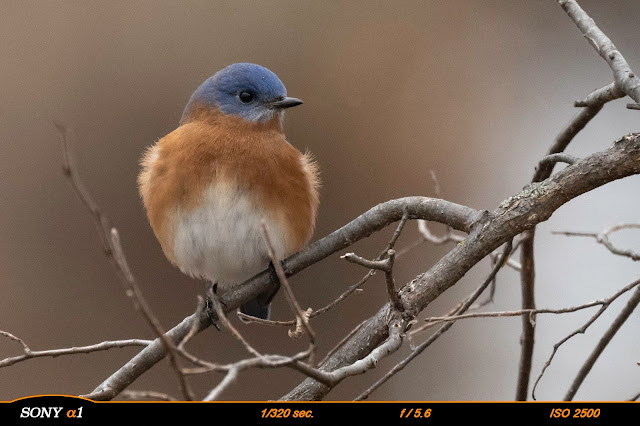 The weather has been less than stellar the past several days. Driving home from the UP we encountered dense fog, rain and snow. By the time we reached home the temps were in the high 50's and skies were drizzling. Two days later the skies are still dark with scattered snizzle. I took the opportunity to play with the Sony a1 and experiment with Manual exposure.
The only significant changes to the camera I made was to switch the Aperture and Shutter dials so that Shutter speed could be adjusted with the front dial. The rear dial would be kept at f/5.6 at all times for the Sony 600/4 + 1.4TC. I also enabled Zebra Settings (Custom 2 / +107) to highlight overexposed areas so that I can easily change shutter speed or ISO to remove the overexposed highlights.
I then took a drive to Elizabeth Park to play with the camera and see if I could handle "Manual" operation. With a gazillion squirrels around I tested the camera by first pointing the lens toward the bright sky and adjusting ISO so that the zebras would disappear (ISO 2500 at 1/1000 sec at f/5.6). I then pointed the camera at the squirrels and adjusted shutter speed if necessary. 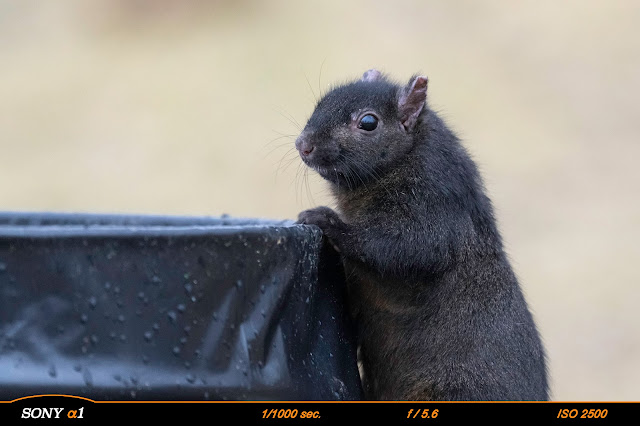 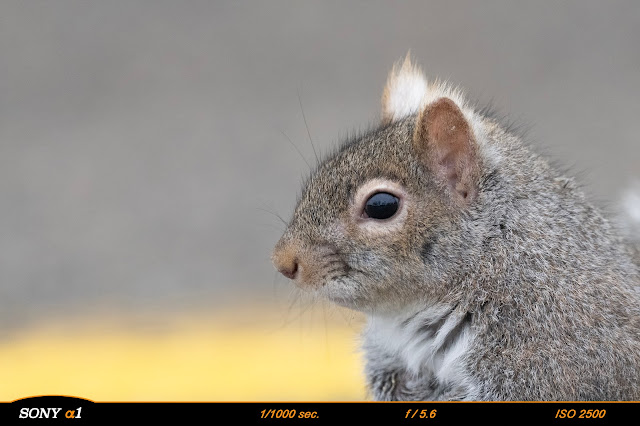 Exposure appeared to be good enough, so I drove over to the Detroit River International Wildlife Refuge to test the exposure range on both ground and tree objects. These asters were a bit on the dark side. The sky (and nest) was properly exposed, but the woodland trees were also a bit dark, but not too bad. 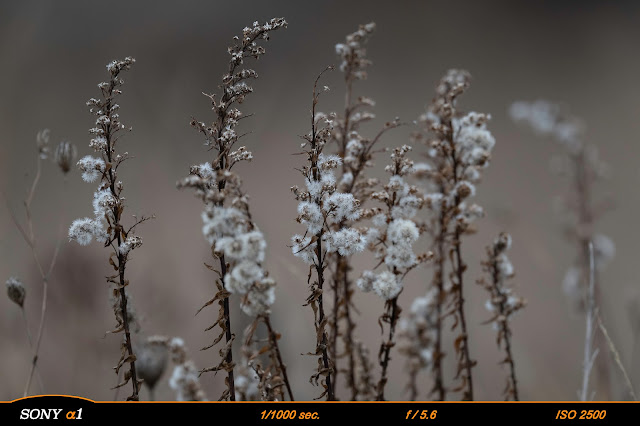 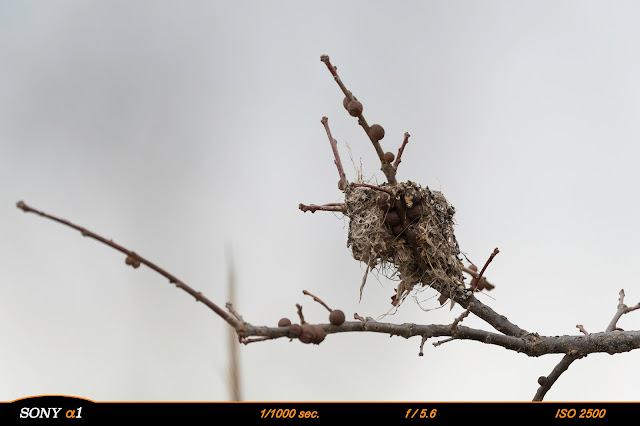 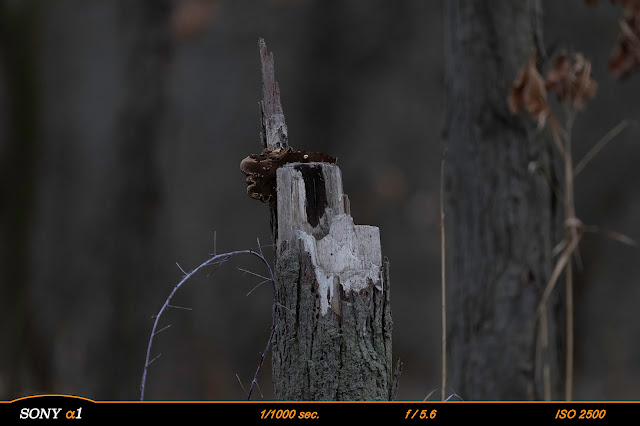 A flock of Eastern Bluebirds flew through the short loop trail so I got the opportunity to test adjustments. The front dial made it easy to adjust shutter speed to optimize exposures. 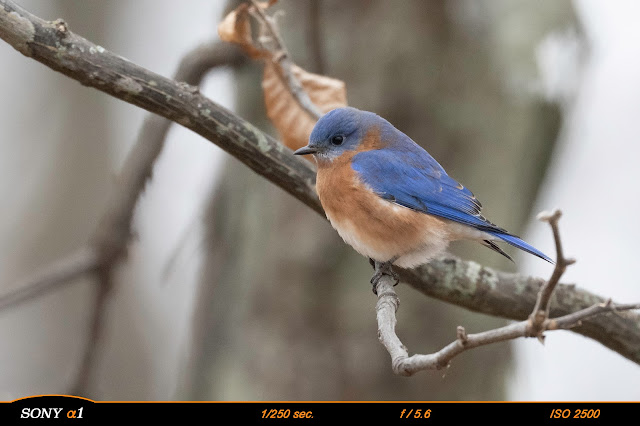 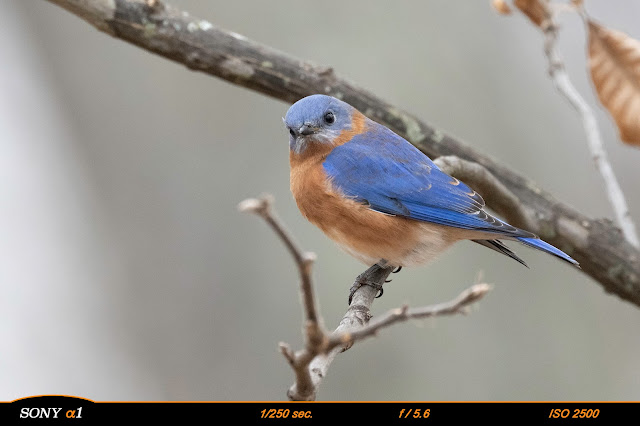 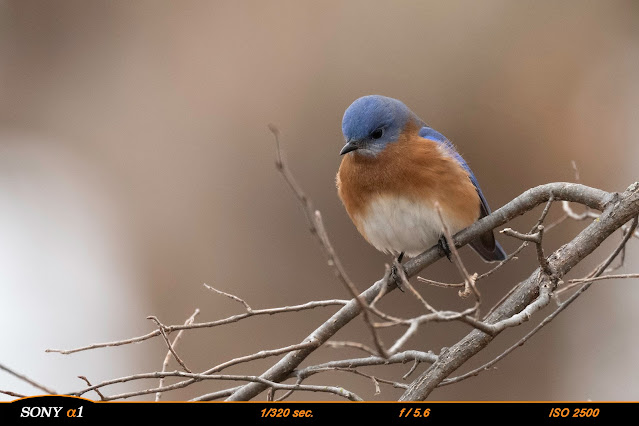 Optimal exposures occurred when shutter speed was dropped to 1/320 or 1/250 sec at ISO 2500. I'm happy with the results. I will go back to Aperture-Priority and Auto-ISO when the weather is really cold as my fingers won't work well, but I'll be trying this Manual stuff again!