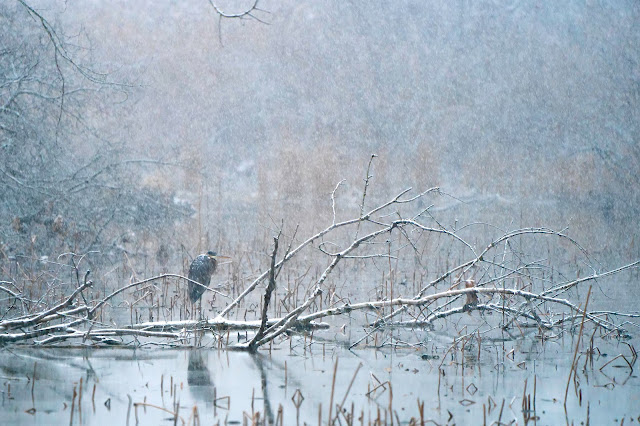 I had planned to go to Pt. Mouillee this morning to ride the bike and look for photo opps. However, a snow squall hit and dropped 2" of heavy snow while I drove there. I did not want to carry the camera equipment in snow while there was zero visibility. So, I cut short the trip and instead stopped by Pt. Mouillee HQ.  My only photo was of a single Great Blue Heron perched in the canal while the snow fell.

Another 10 Great Blue Herons were roosting at Riverside Park. A Red-tailed Hawk was perched high in the treetops and gave me hints of a Great Horned Owl in the snow. Nothing was seen in the Huron River itself.

I then drove down Roberts Road to the parking lot and found a pair of Bald Eagles perched over the boat launch. 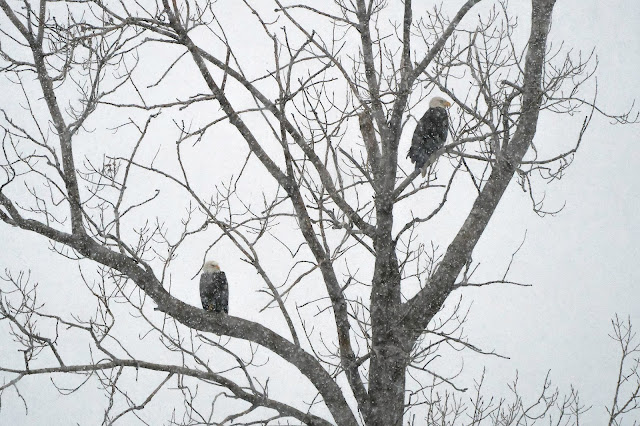 Otherwise, I found nothing along Roberts Road or Rheaume Rd. other than a single Mourning Dove. 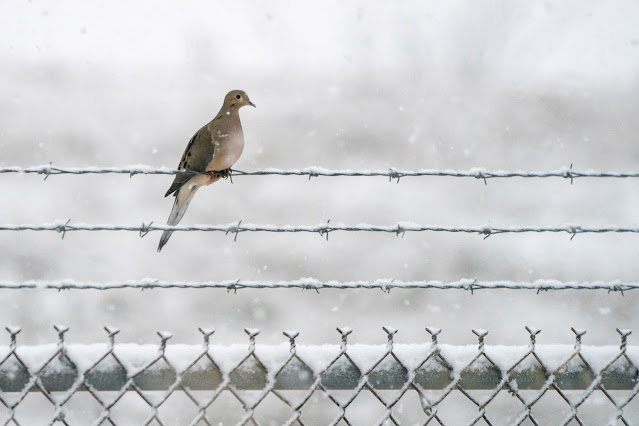 Haggerman Rd. was also void of life, so I continued on to Huron River Drive and headed home. Snow would not let up until late afternoon.